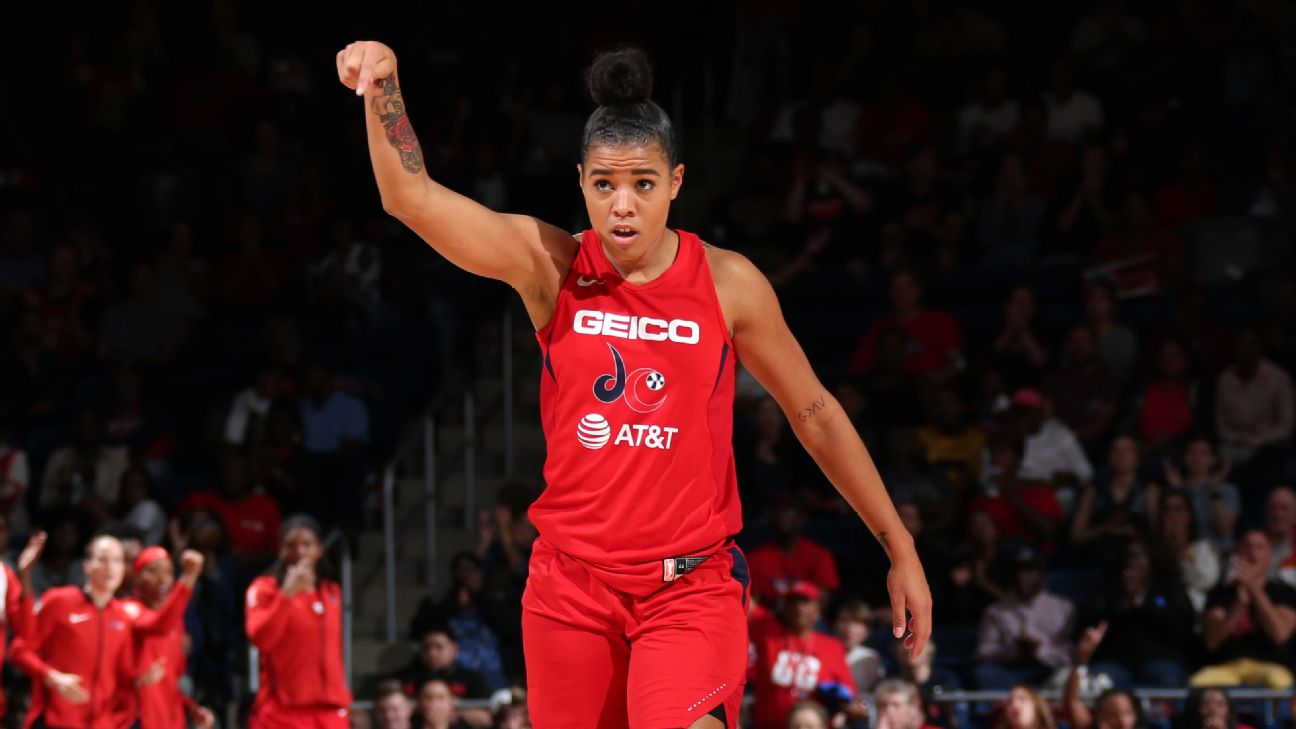 They've seemed like the favorite most of this season, and now the Washington Mystics officially have the No. 1 seed in the WNBA playoffs.

The Mystics -- who just seem to keep playing better -- beat the Dallas Wings 86-73 on Friday in Washington, lifting their record to 25-8. Combined with the Connecticut Sun's 109-104 overtime loss to the Chicago Sky,it nailed down the top seed for Washington. The Sun dropped to 23-10.

So going into the final day of the regular season on Sunday, four playoff seeds are already set: No. 1 Washington, No. 2 Connecticut, No. 3 Los Angeles Sparksand No. 8 Phoenix Mercury. The other four are still to be determined.

Washington is 13-2 since the All-Star break. All-Star guard Kristi Toliver hasn't played since Aug. 8 because of a knee injury, but the Mystics' offense has been just as potent. They're led by MVP front-runner Elena Delle Donne, but she has had solid help, including 25 points, 10 rebounds and 4 assists Friday from Emma Meesseman in her best game of the season.

The Nos. 4-5 seeds are still in play, and the Mystics will have something to do with deciding that. With the top seed and home-court advantage throughout the playoffs secured and nothing to really play for Sunday in their regular-season finale against Chicago, the Mystics might opt to rest their starters.

That could benefit the Sky, who are still battling to get the No. 4 seed and a first-round bye. That hope was kept alive by the victory against the Sun, which was only the second loss at home this season for Connecticut. Chicago, which missed the playoffs the past two years, is now 20-13, as are theLas Vegas Aces.

If the Sky win and the Aces lose Sunday, Chicago will nab the No. 4 seed, and Las Vegas will drop to No. 5 and have to play in the first round. If Chicago and Las Vegas finished tied, though, the Aces have the tiebreaker and would be No. 4. The Aces finish Sunday at Phoenix.

The No. 6-7 slots are also still undecided, and that's between Minnesota and theSeattle Storm. The Lynx won 83-69 at Phoenix on Friday and are 18-15. Meanwhile, the Storm are 17-16, and face Dallas on Sunday.

If the Lynx win at Los Angeles on Sunday, they will secure the No. 6 seed and get to host a first-round game. But if Minnesota loses and Seattle wins, meaning both teams finish 18-16, the Storm hold the tiebreaker and will be the No. 6 seed.
Report a correction or typo
Related topics:
sportsespnwnbalos angeles sparkswashington mysticsespnw sportsconnecticut sunespnw
Copyright © 2020 ESPN Internet Ventures. All rights reserved.
More Videos
From CNN Newsource affiliates
TOP STORIES