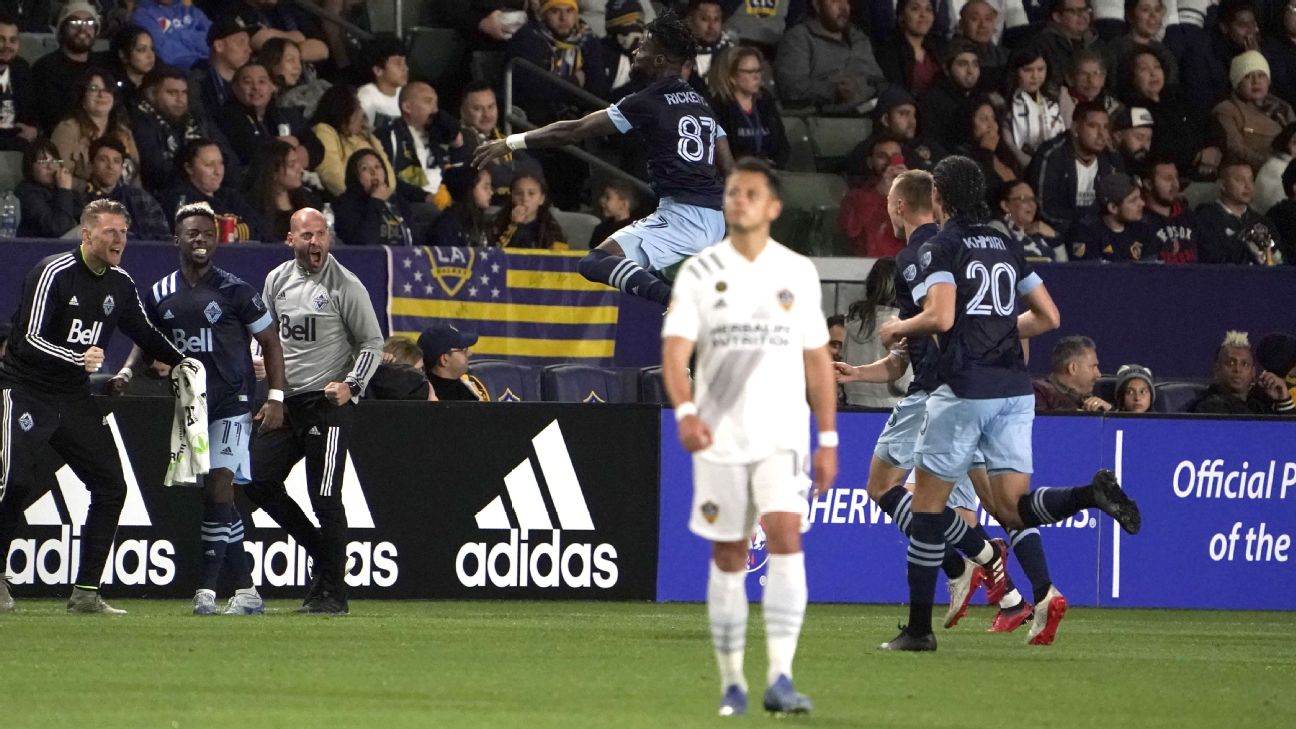 Tosaint Ricketts scored in the 74th minute and the Vancouver Whitecaps pulled off a 1-0 victory on Saturday over the Los Angeles Galaxy to spoil the home debut of striker Javier "Chicharito" Hernandez.

The Whitecaps' Ali Adnan moved in along the end line to the left side of the Galaxy goal before feeding a pass back to Ricketts, who one-timed a shot past Galaxy goalkeeper David Bingham. It was Ricketts' first goal of the season and second goal in 10 career games with Vancouver.

Bingham saved a penalty shot by the Whitecaps' Lucas Cavallini in the 89th minute, to keep the Galaxy's comeback hopes alive but LA failed to score in seven minutes of second-half injury time.

The promise of a potent Galaxy offense with Hernandez, Cristian Pavon and Jonathan Dos Santos still has not been realized. Hernandez's contributions were limited on this night just as they were in last Saturday's 1-1 tie at Houston.

Dos Santos made his 2020 debut after missing the opener with a groin injury, then left at half-time with quadriceps tightness. The Galaxy were reduced to 10 men after midfielder Joe Corona received his second yellow card in the 75th minute.

The Whitecaps (1-1-0) were able to show progress from Week 1, when they were on the wrong end of a 3-1 defeat at Sporting Kansas City in the season opener for both teams.

The Galaxy (0-1-1) will next head to Florida for Inter Miami CF's inaugural home game next Saturday.

Bingham finished with three saves, while Whitecaps goalie Maxime Crepeau needed to make just one save.

There was plenty of anticipation for Hernandez's debut with the Galaxy announcing a sellout. The longtime scoring threat on Mexico's national team was brought on board in January on a transfer from Spanish side Sevilla to replace Zlatan Ibrahimovic.

So far Hernandez has found it hard to match the scoring prowess of Ibrahimovic, who had 52 goals in MLS play over two seasons.

With a goal in each of their two games, the Whitecaps have outscored the Galaxy in the early going of the season. LA was also shut out in its second game of the season in 2019. 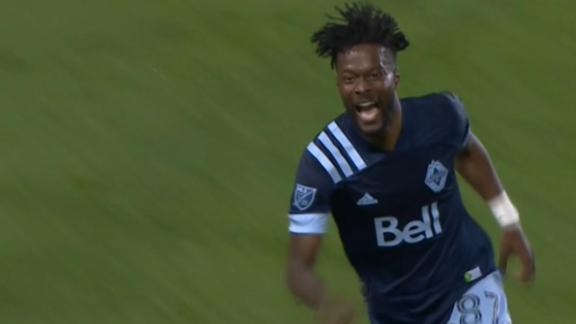