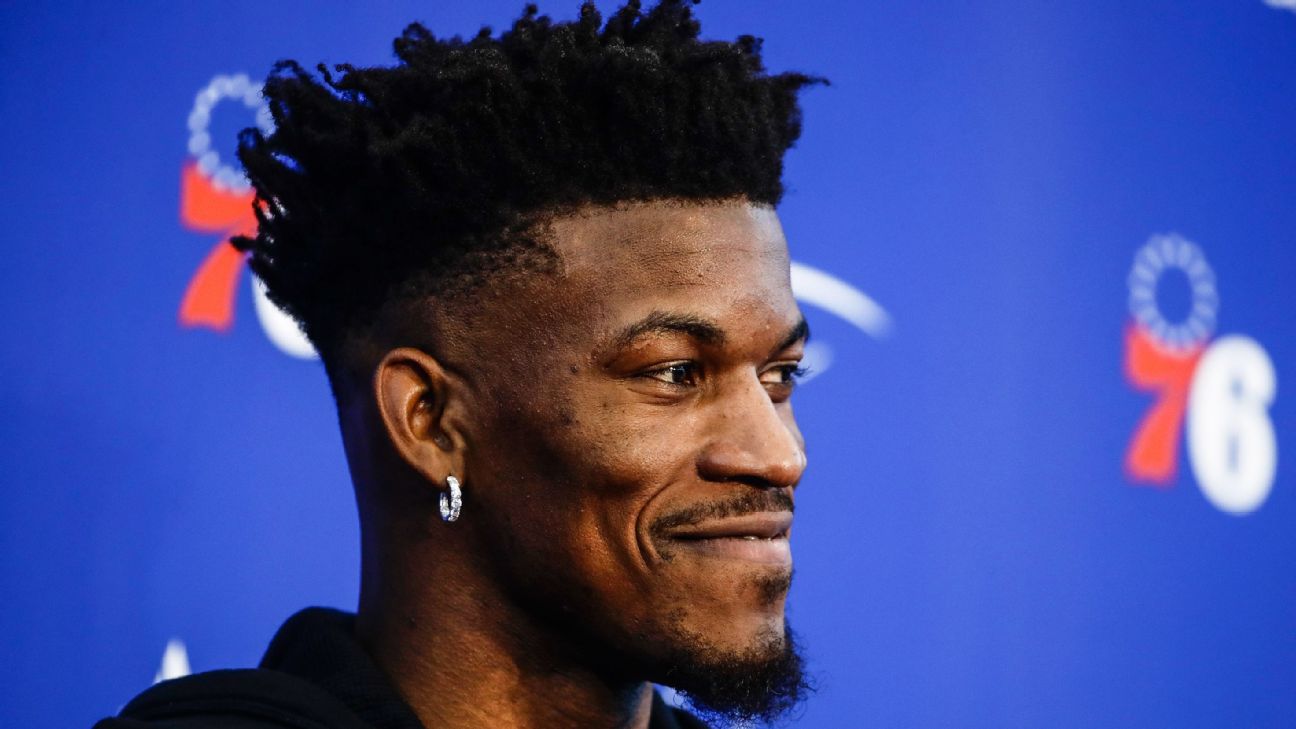 JIMMY BUTLER AND LE'VEON BELL have a lot in common.

They're both in their primes. Butler is 29 and Bell 26. They're both stars. Butler has made four All-Star teams, Bell three Pro Bowls. In a crowd of specialists they both stand out for being multi-talented. Butler excels on offense and defense, and Bell is the rare running back who excels as a runner and a receiver. Both were miserable in their situations, feeling underpaid and underappreciated. Concerned about injuries affecting future contracts, each conducted his own version of a holdout to try to get what he wanted. Butler skipped training camp and select games to manufacture pressure, and Bell just didn't show up at all.

In the end, Butler got what he wanted and was traded without missing a paycheck. Bell didn't; he'll sit out the season and lose millions. Players in the NBA have guaranteed contracts and more power than teams in many cases. In the NFL, it's the opposite.

In the past 18 months or so, five star-level players have demanded trades in the NBA. All of them got what they wanted in relatively short order. Chris Paul, Kyrie Irving, Paul George, Kawhi Leonard and now Butler.

The George, Leonard and Butler situations are particularly instructive. All fit within roughly the same parameters: two-way wing players with one year left on their contracts. Paul held the hammer on the LA Clippers because he could've opted for free agency and left within days; Irving had two years left on his deal with the Cleveland Cavaliers and had less leverage.

This is probably going to keep happening. Players with a year left on their contracts who aren't willing to extend will be looking to force the issue. Naturally the name that pops up is Anthony Davis in these types of discussions. Trust me on this, there are white papers floating around front offices analyzing these deals and preparing teams for when the hot potato either lands in their lap or they see the next opportunity to take advantage.

So what do the George, Leonard and Butler deals teach the league?

First, we have seen that trading a star doesn't mean rebuilding. This isn't a brave face the Minnesota Timberwolves and San Antonio Spurs have put on, it's reality. In these recent deals the teams sending away the star ended up receiving established players in return. The Indiana Pacers seem to have hit the jackpot because Victor Oladipo morphed into a star but he'd been in the league four years. DeMar DeRozan is in his 10th season, Robert Covington is in his sixth.

Second, these trades weren't able to deliver valuable draft picks. In the three deals combined there were only two picks traded. The only first-rounder went from Toronto to San Antonio in the Leonard deal, and it was protected. Right now, it would be the 30th pick in the 2019 draft as the Raptors are off to a tremendous start. Granted the Houston Rockets offered four first-rounders for Butler but clearly Minnesota felt the parameters Houston was offering didn't make them that valuable.

Third, the teams trading the disgruntled players all took on more long-term money than they sent out when moving their stars. This is partly a function of trading players nearing the end of their contracts. But more to the point, none of these deals created meaningful salary-cap relief. The old playbook when trading a star called for trying to get prospects, picks and cap relief when forced into such a deal. Or at least two of the three. In these leveraged deals, that old credo has been abandoned.

Fourth, we saw prospects traded, but not prime prospects. All three trades included recent lottery picks who are still on their rookie contracts, which is theoretically good. The Pacers received Domantas Sabonis (who is playing fantastically), the Spurs got Jakob Poeltl and the Wolves landed Dario Saric. There's reason to have some excitement about each of these players. But in Poeltl's and Saric's cases, neither were the most valued players on rookie deals on the teams that traded them.

Fifth, it has been made clear that new provisions in the collective bargaining agreement to discourage star player movement aren't working well. George and Leonard both gave up the chance to qualify for the Designated Player Veteran Extension. In other words, by forcing trades they left as much as $70 million in guaranteed money on the table. By informing the Wolves he'd leave in free agency, Butler was willing to walk away from a fifth season of a new contract and as much as $47 million.

As Irving said when he was traded to Boston, also missing out on the chance for the DPVE cash: "You can't put a price on happiness."

When these crises happen, it seems like there are concessions made everywhere. Declaring winners and losers is often complicated.

SCOUTS BELIEVE BUTLER WILL HELP the 76ers in at least one meaningful way: at the end of games. Butler hasn't just excelled during winning time, he actively seeks the ball and the pressure.

The 76ers have struggled to score late in close games at times, a function of their primary ball handler, Ben Simmons, being a suspect shooter. They were out-executed by the Boston Celtics in crunch time during the playoffs last season. Joel Embiid is off to a fantastic start to the season, but he's shooting just 35 percent in clutch time this season because it can be hard for the big man to create a shot when the defense is set up to deny him.

Butler leads the NBA in fourth-quarter scoring this season and has a long history of shot-making in winning time.

"He brings something to Philly that they just don't have, which is an experienced playmaker who can demand the ball and demand attention. That probably will make it easier on the rest of their guys," one scout said. "JJ Redick can do that a bit, but he can't create like Jimmy. It's one of the rarest things in the NBA. From that standpoint, they hit a home run in this deal. There just aren't many players like that available."

LEBRON JAMES WILL PASS WILT CHAMBERLAIN in career scoring this week to move into fifth place all time. James is currently on pace to pass Michael Jordan for third place in late January. These are such remarkable heights that it naturally calls into question whether James could get to Kareem Abdul-Jabbar's record of 38,387 points, once thought to be untouchable. There are various projections that put it within LeBron's reach by his late 30s, though it's all just math because no one knows how long he will play or how productive James will be three or four seasons from now.

But to add some perspective, consider that James is already the highest scorer in NBA playoff history at 6,911 points. Even if you add James' playoff scoring to his regular-season scoring, he'd be short of catching Abdul-Jabbar's record. Abdul-Jabbar's consistency and longevity were just simply relentless; he averaged 78 games a season over his 20-year career and had he averaged 22 points or more in his first 17 seasons. None of this is new information obviously, but it's worth pausing to consider.

James has said he believes Kevin Durant is more likely than him to catch Abdul-Jabbar. Durant, who turned 30 in September, is currently 40th on the list and will likely pass Larry Bird later this season. His scoring has slowed significantly since he signed with Golden State. But he does have more scoring titles (four) than James (one) and Abdul-Jabbar (two) combined. 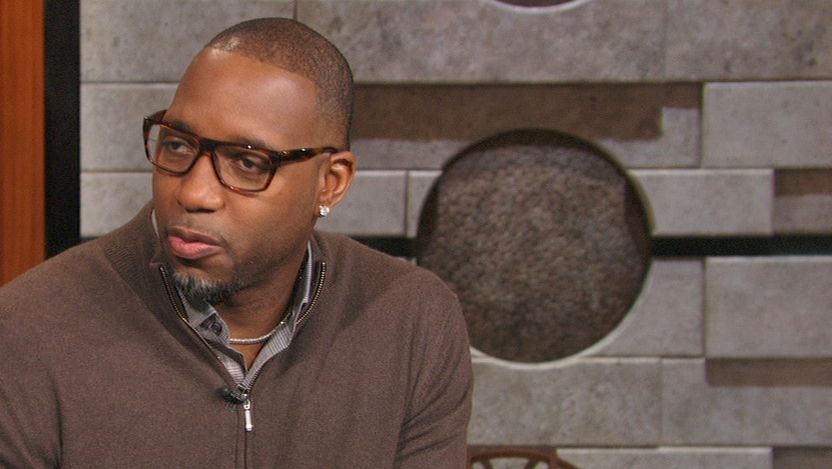