Will Mystics-Sun WNBA Finals finale be best Game 5 ever? 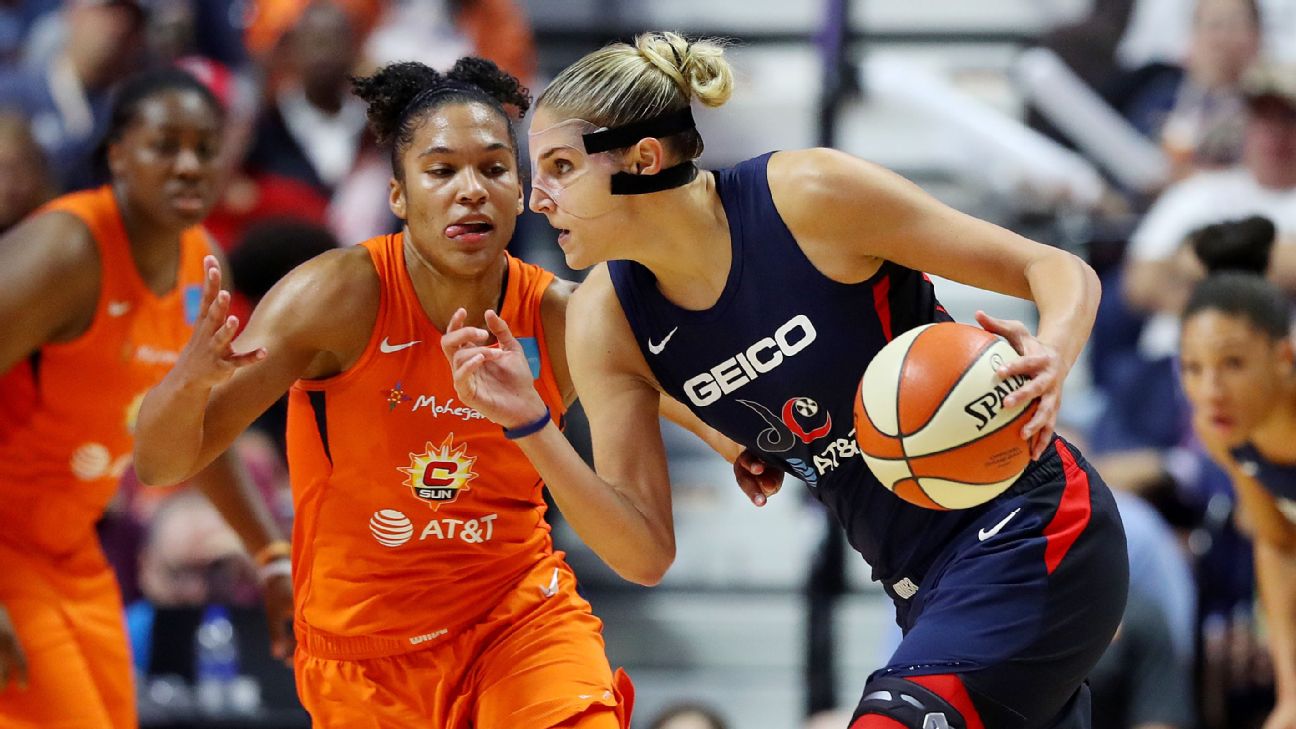 Washington Mystics guard Natasha Cloud said that competing in Thursday's WNBA Finals Game 5 (ESPN2, 8 p.m. ET) against the Connecticut Sun will be "an all-time high" for her career.

Washington guard Kristi Toliver is the only player on either team who has done this before. She won a title with the Los Angeles Sparks in 2016's Game 5.

This series has been competitive and entertaining. And as much as coaches preach how defense wins championships, fans want to see scoring, and these two teams have provided plenty.

The Mystics have averaged 90.5 points in the first four games, the Sun 89.0. Neither team has been held below 80 points, and at least one has scored 90 or more each game.

The margins of victory have been nine points, 12, 13 and four, with Game 4's 90-86 thriller Tuesday the most nerve-wracking game of the series.

Who might be Finals MVP? That's still up in the air, and not just because it depends on who wins the title. Both teams have more than one candidate, but right now the front-runners are Connecticut's Alyssa Thomas (averaging 17.8 points, 8.5 rebounds and 8.0 assists in the Finals) and Washington's Emma Meesseman (16.8 PPG, 5.0 RPG in the four games).

Would the Finals be going to a fifth game if Washington's Elena Delle Donne, the regular-season MVP, were healthy? Perhaps, but her back injury that flared up in Game 2 changed the series. She played only 3.5 minutes in that game and didn't score. She is averaging 11.5 points and 5.5 rebounds for the Finals; contrast that with her 21.3 PPG and 7.0 RPG in the semifinals against Las Vegas and her 19.5 and 8.3 averages in the regular season.

The WNBA Finals moved to a best-of-five format in 2005, and it first went the distance in 2006. This already has been a very good series, although exactly how it's remembered will be determined Thursday.

There have been six Game 5s, and they've run the gamut from barnburner to blowout. As we await the seventh, we rank the ones we've seen so far.

What looked like the game winner -- Maya Moore's turnaround baseline jump shot with 15.4 seconds left for the Minnesota Lynx -- was topped by Nneka Ogwumike's winning putback with 2.1 seconds left for the Los Angeles Sparks after Sylvia Fowles initially had blocked her. The Sparks celebrated their third WNBA title -- and first since 2002 -- and did so on the Lynx's home court.

The Shock are now the Dallas Wings, and the Sacramento Monarchs disbanded in 2009. Joe Louis Arena, where they played Game 5 because The Palace at Auburn Hills had a Mariah Carey concert, is currently being demolished. But we'll always have the memory of this game, which earned Katie Smith her first WNBA title. She had 17 points, including two clutch baskets in the final minutes, and Deanna Nolan scored 24 to lead Detroit.

The follow-up to the 2016 Game 5 classic, this was Minnesota's revenge. The Lynx and Sparks went the distance two years in a row, and this game was at Lindsay Whalen's college gym, the University of Minnesota's Williams Arena, because Target Center was being refurbished that season. It was the perfect setting for the last of her four WNBA championships, as Minnesota's favorite daughter had 17 points and eight assists.

This series started with what's still the highest-scoring WNBA Finals game in history, a 120-116 overtime victory by the Phoenix Mercury. The Indiana Fever won the second and third games, but the Mercury took Game 4 to send the series back to Phoenix. In the finale, Cappie Pondexter and season/Finals MVP Diana Taurasi combined for 50 points to give the Mercury their second championship.

Phoenix's first championship was also the first time a WNBA team won the title on the road. After the Mercury narrowly avoided elimination, surviving Game 4 77-76 in Phoenix, they went to Detroit and were in control from the start. Penny Taylor had 30 points to lead the Mercury in the Game 5 rout.