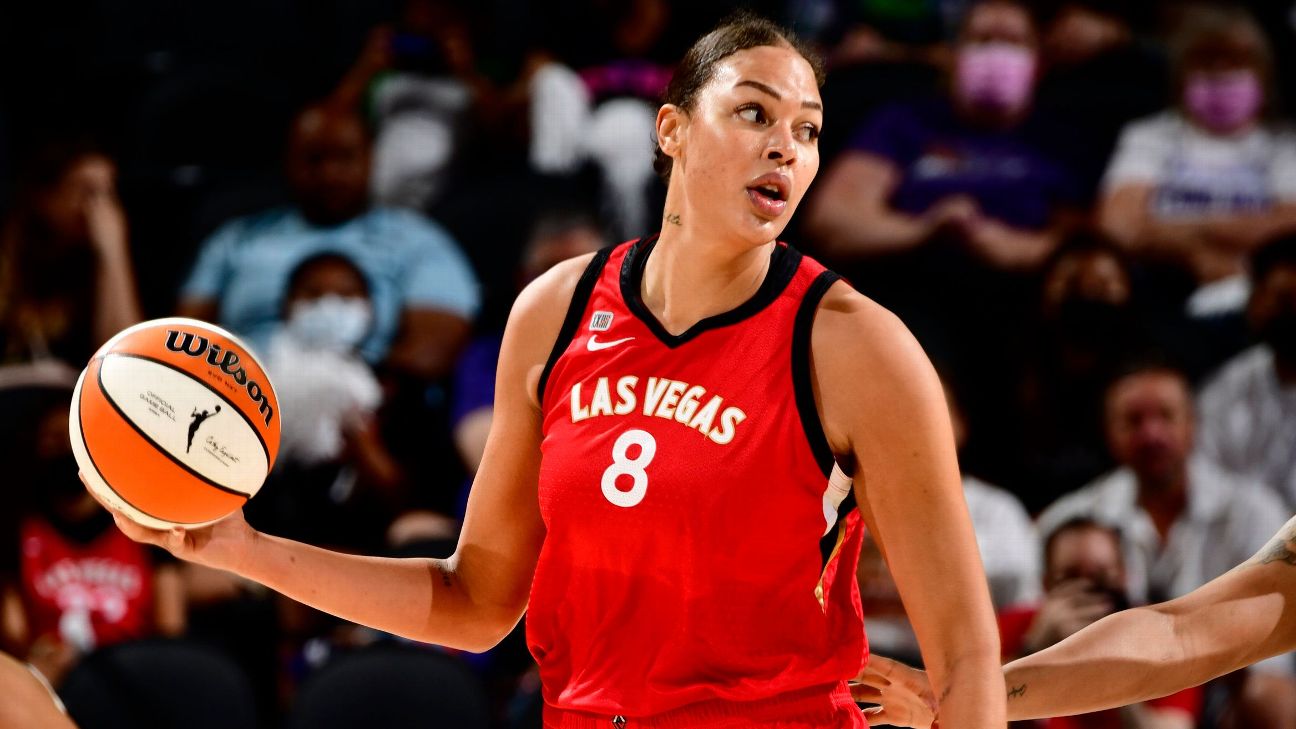 The start of this year's WNBA free agency is almost here. Teams have until Friday to make decisions on utilizing their core designation -- as the Connecticut Sun already did with reigning MVP Jonquel Jones -- as well as make qualifying offers to potential restricted and reserved free agents.

Come Saturday, players and teams will be able to begin negotiating, allowing decisions to be made even if contracts can't officially be signed until Feb. 1. We've already projected the top 20 free agents in terms of their 2022 value and looked at the cap room situations for all 12 teams ahead of free agency.


Now, before the action starts, it's time to have some fun and make some predictions. We look at which teams might end up winners and which big names could be on the move over the next month to shake up the WNBA's power structure.

Which team has the most at stake in free agency?

Kevin Pelton: Seattle Storm. The Storm can't core both Jewell Loyd and Breanna Stewart, meaning one of the cornerstones of the team's most recent two championships will be an unrestricted free agent. Losing either player would be a crushing blow to the Storm's long-term future.

With Sue Bird's return, however, re-signing in Seattle gives them the best chance at winning another title -- particularly with the Storm's flexibility. Because Seattle doesn't have a single protected contract on the roster, the team could re-sign the big three then try to add a veteran like Tina Charles in pursuit of a championship. That's a luxury other contenders, more strapped for cap space, can't realistically have.

Mechelle Voepel: The Chicago Sky have a lot to figure out, but at least they are doing so in the glow of claiming a long-pursued championship. They are coming off a title run that was magical: a .500 team that caught fire at the perfect time and fulfilled the promise that the organization had for years. That Candace Parker won a title in her hometown made it all the more special.

But there are just four players, Parker being one of them, under contract, and the Sky will need to decide how much they want to commit to being a lot like last season. The Chicago Sun-Times reported on Wednesday that Kahleah Copper got the Sky's core designation and a supermax contract. Considering she is 27 (turns 28 in August), Copper is in the heart of her prime.

It also seems like the Sky won't want to let franchise cornerstone Courtney Vandersloot and Allie Quigley get away. One of the odd veteran returners out could be Stefanie Dolson. Someone will have to go.


Is there still the chance that the Sky could go for another home run signing in free agency like they did last season with Parker. Might it be another Chicago native: Storm guard Loyd? It would be hard to make the numbers work, but we'll see.

Which team are you most curious to watch?

Pelton: Atlanta Dream. The Dream enter free agency as something of a blank sheet, with just five players under contract and only one of them (Cheyenne Parker, who gave birth in December) protected. We know All-Star Courtney Williams and surprise Crystal Bradford won't return after video of their involvement in a preseason altercation was made public.

Beyond that, there are nothing but questions about Atlanta, with two other starters (Tiffany Hayes and Elizabeth Williams) headed to unrestricted free agency and entirely new management from last offseason. The Dream would probably be best off rebuilding around young guards Chennedy Carter and Aari McDonald, but I wouldn't be surprised if they tried to outbid contenders for a veteran who could make them immediately more competitive.

Voepel: Las Vegas Aces. Are the Liz Cambage days over in Las Vegas? That decision is the linchpin for most everything else that Las Vegas will do. It's clear that team owner Mark Davis has both a win-now and build-something-sustainable mentality. Cambage is 30, and while she has been a consistent performer in her two seasons with the Aces, she wasn't with the team the year they went to the WNBA Finals (2020).

Who will be the best player to change teams?

Pelton: Tina Charles. As well as Charles' first season with the Mystics went, retaining her might be difficult. Washington also has to deal with restricted free agent Myisha Hines-Allen, who might be more of a priority because of her age (25, eight years younger than Charles). If Hines-Allen gets a max deal, that would allow the Mystics to offer Charles a maximum of a little more than $100,000 barring a trade (according to HerHoopStats salary data). Surely, Charles will have better offers from other contending teams.

Voepel: It could be Charles, for sure. Or maybe Loyd decides she wants to go elsewhere after winning two titles with Seattle. Or Cambage moves on, although where she would be willing to play is a question.

And then there is Courtney Williams, who was a good fit in Atlanta. Williams will leave the Dream because of admitted poor judgment in posting a video about an altercation. But Williams is not known as a bad apple; her teammates and coaches generally like her. We know the kind of lift she can bring to a team, and she could be extra motivated to show she has matured from a mistake.

Which team will improve the most?

Pelton: New York Liberty. The Liberty are in an interesting spot because they have 12 players under contract, meaning their cap space ($196,560, per HerHoopStats) goes further than it appears, because any new contracts will be replacing one of the team's young players currently on an unprotected rookie contract. As a result, New York could likely afford to re-sign wing Rebecca Allen and add another max-contract free agent after splurging on Betnijah Laney, Natasha Howard and Sami Whitcomb last offseason.

With the Liberty likely to play more conventionally under new coach Sandy Brondello, adding more size in the frontcourt would do wonders for the team's chances of competing in the playoffs.

Voepel: I agree with Kevin that there are good reasons to be bullish on the Liberty. But Atlanta has the chance to change quite a bit for the good. The Dream are rebuilding, and the culture of their franchise can be changed by some of the decisions they've already made and still will make.