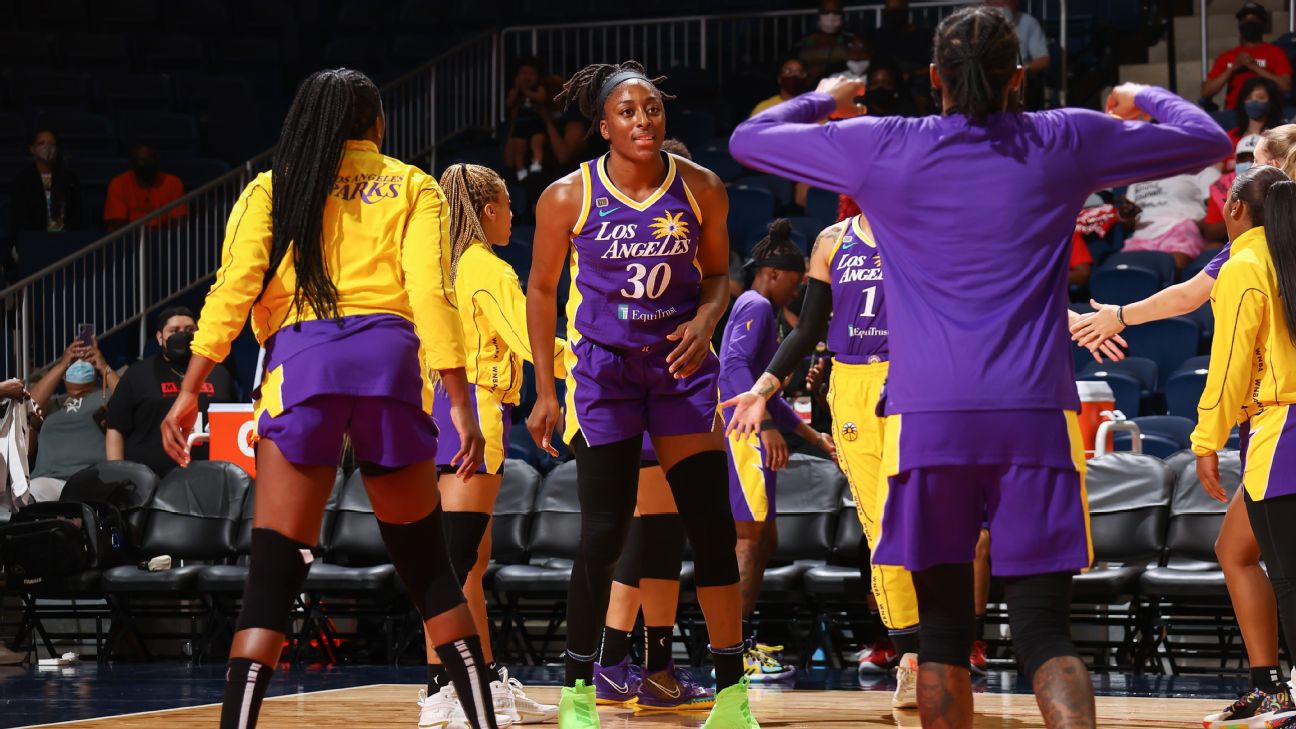 The WNBA players' union will look to continue its support for causes in each of the league's 12 markets and has formed a multiyear partnership with Pepsi Stronger Together to do so.

For the WNBA's 25th season in 2021, the league and the Women's National Basketball Players Association combined to form a social justice council as part of the union's continuing efforts to help communities at a grassroots level. The deal with Pepsi is part of that work.


"It's a players' association working with a major national brand, and you haven't really seen us in that space before," WNBPA executive director Terri Jackson said. "We haven't always been given that opportunity, but we're going to seize what we have right now."

The WNBPA's partnership with Pepsi Stronger Together, the company's initiative to support community involvement projects, will start by providing $50,000 to Girls on the Run Los Angeles. That organization helps girls build self-confidence through physical activity and character development.

Future community-impact programs for the other 11 WNBA cities will be decided by an advisory panel thatincludes players from those cities.

"We as a players' association are in the fight because we fight for ourselves," WNBPA executive committee president Nneka Ogwumike said. "That gives us the ignition to provide that same fight, and to really live it, for our communities. This is a wonderful way to show that it extends outside of what we are experiencing."

Ogwumike, who has been with the Sparks since being drafted No. 1 in 2012, said she has met with several young people who have gone through the Girls on the Run LA program.


"Their mission really represents what the WNBPA is about: creating resources and providing access for girls to be stronger," Ogwumike said. "Sports has changed my life so much. It's the work of others before us that has paved the way for futures that we didn't realize could be as bright as they are. It's kind of what it's all about."

Jackson said the players' association sees community involvement as an essential part of the organization, in this case focusing in particular on public health projects such as Girls on the Run.

"We look to identify partners who align with our values and truly understand our players and support who they are," Jackson said. "It will look a little different in each city because those players are going to have a slightly different take on the public health initiative that they want to drive."