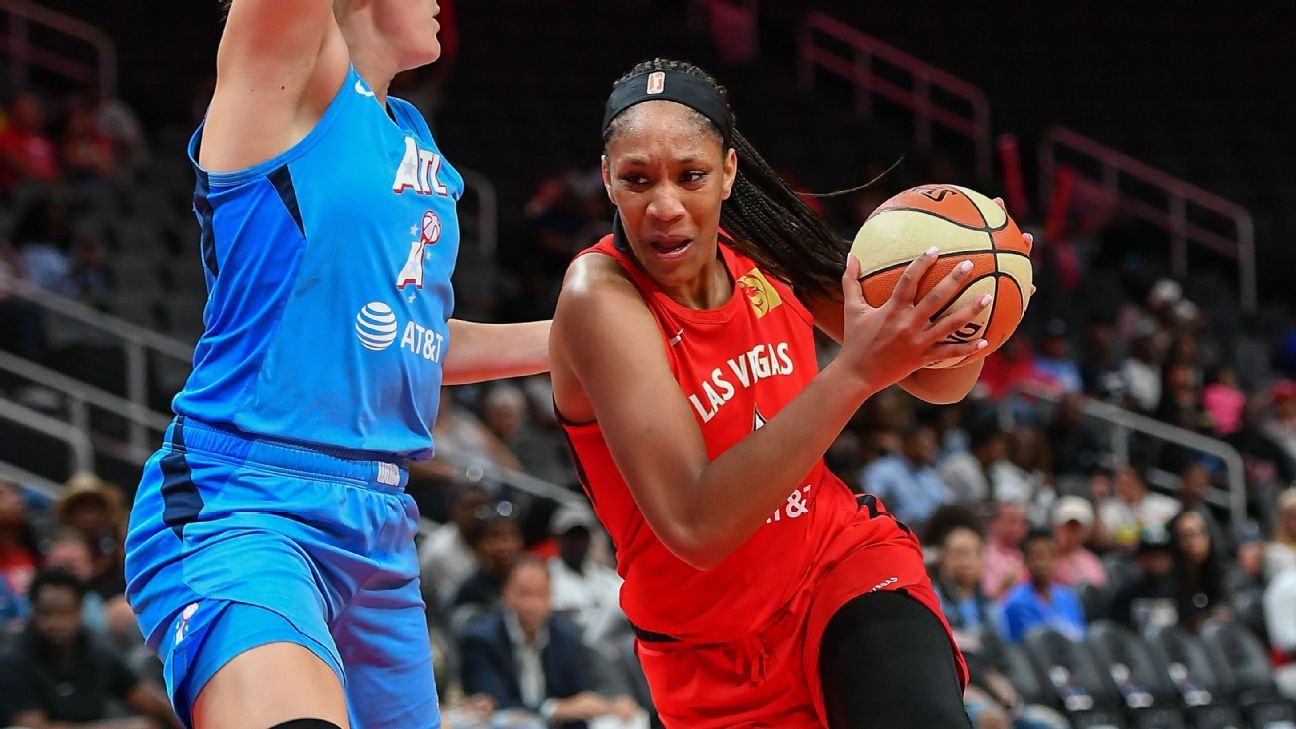 The Washington Mystics and Connecticut Sun will be able to get a little rest while waiting to see who plays them in the WNBA semifinals. With the double-byes wrapped up as we enter the regular season's final weekend, all that has to be decided by the league's top two is which will be the No. 1 seed.

The Mystics (24-8) have a one-game lead over the Sun (23-9). Washington finishes with two games at home: Friday against the Dallas Wings and Sunday against the Chicago Sky. Connecticut is at home Friday against Chicago and travels to face the Indiana Fever on Sunday. If the teams finish tied, the Sun hold the tiebreaker.

But while the WNBA's best two jostle for the top spot and home-court advantage the rest of the way, the Los Angeles Sparks have locked in the No. 3 seed. The Sparks wrapped that up with a dominant 102-68 victory over the Seattle Storm on Thursday. The Sparks are 21-12, but even if they lose their finale to the Minnesota Lynx on Sunday in Los Angeles (4 p.m. ET, ESPN2), they hold the tiebreaker against teams that could also finish 21-13 -- the Las Vegas Aces and Chicago.

The Aces had a troubling 78-74 loss Thursday at the last-place Atlanta Dream. That still leaves open the door for the Aces (20-13) to have to play in the first round. Las Vegas finishes Sunday at the Phoenix Mercury. If Las Vegas loses that game and Chicago (19-13) wins its remaining two games -- Friday at Connecticut and Sunday at Washington -- then the Sky would grab the No. 4 seed and a first-round bye.

That is the only scenario in which the Sky knock the Aces out of a bye. If the teams tie at 20-14, Las Vegas holds the tiebreaker. And the Sky have a particularly tough way to finish: on the road against the league's top two teams.

The Aces have another concern, though: Star center Liz Cambage left Thursday's game in the second half and had her foot on ice the rest of the way. The team didn't provide an injury update after the game.

Las Vegas battled back in the fourth quarter Saturday to beat the Sparks in a game that seemed to lift the Aces' spirits. But that was at home, where the Aces went 13-4 this season. Their troubling trend on the road continued with the loss to the Dream. The Aces have lost four of their past five, and the four defeats were all on the road.

For the season, the Aces are 7-9 away from home, although struggling on the road is the norm this year for every team in the league except Washington. The Mystics are the only team with a winning road record (12-5).

As for the other three playoff teams, Minnesota is 17-15, Seattle 17-6 and Phoenix 15-17. The Mercury are locked into the No. 8 seed because of tiebreakers.

The Lynx finish on the road, at Phoenix on Friday and Los Angeles on Sunday. By winning both, they would still have a shot at the No. 5 seed if Chicago loses its last two games, as the Lynx have the tiebreaker against the Sky.