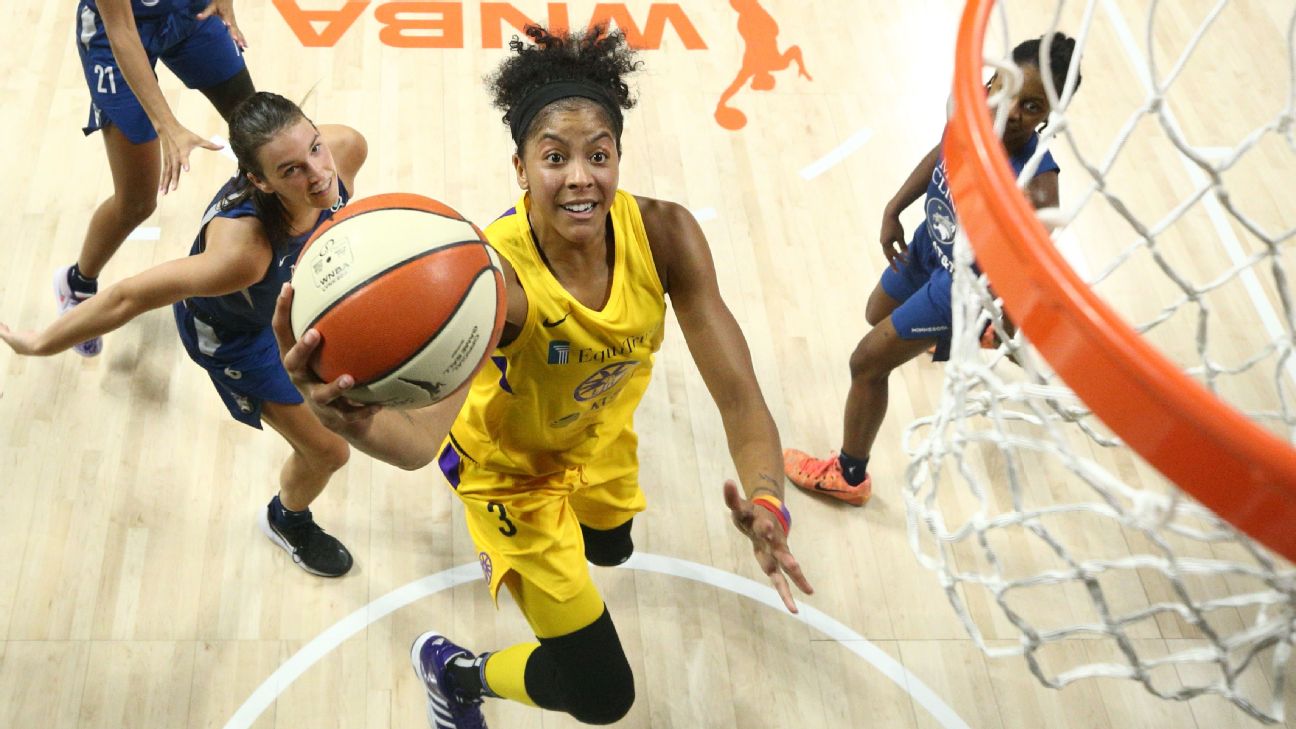 The WNBA playoffs' opening round took place Tuesday,with a buzzer-beating 3-pointer to knock out the league's defending champion, Washington. Before that, the team that had the worst start to the season, Connecticut, dominated the paint on its way to victory over Chicago.

Next up could be the return of one of the league's best players, Minnesota's Sylvia Fowles, as the WNBA's 12 teams have been reduced to six still in the bubble in Bradenton, Florida. And by the end of Thursday night's second-round games -- Phoenix vs. Minnesota at 7 ET, and Connecticut vs. Los Angeles at 9 ET; both games are on ESPN2 and the ESPN App -- we will know who will face top-seeded Las Vegas and No. 2 seed Seattle in the semifinals.

How do No. 5 seed Phoenix and No. 4 seed Minnesota match up?

The Mercury got here thanks to Shey Peddy's shot that knocked out the Washington Mystics on Tuesday, but guards Diana Taurasi and Skylar Diggins-Smith have consistently been carrying Phoenix.

They have been playing like longtime teammates even though this is their first season together. Taurasi turned 38 in June but remains one of the league's most feared scorers. Diggins-Smith, 30, also has been an offensive force.

Last year, Taurasi played just six games because of injuries, and Diggins-Smith didn't play at all after giving birth to her son. The expectation was they would form a "big three" with Phoenix center Brittney Griner this season. They did, until Griner left the bubble for personal reasons in August. Then the Mercury went on a run without her, winning seven of their last nine games in the regular season.

But they might feel the absence of Griner against the Lynx, because it appears Minnesota will get back veteran center Sylvia Fowles. She last played Aug. 13 because of a calf injury. At 6-foot-9, Griner is one of the few true centers who can match up similarly to the 6-6 Fowles. Instead, Phoenix's Kia Vaughn and Brianna Turner will need to lead the way inside. Vaughn is the dependable veteran, while Turner has emerged as a defensive force in her second WNBA season.

"You certainly want Syl back in the fold," Minnesota coach Cheryl Reeve said. "But you also have to recall what you were doing before, what was our mindset back then? I think we're defensively really going to get a big boost if we can have Syl out there.

"Offensively, we're going to do our best to marry the best of Syl, and the best of what we did without Syl."

Especially if Fowles returns and can play a fair amount of minutes, the scale tips toward the Lynx in the interior game. But if Taurasi, who averaged 18.7 PPG in the regular season, and Diggins-Smith (17.7) get things cranked up from the outside, they're hard to stop. In Tuesday's game, Diggins-Smith had 24 points and Taurasi 23.

"We want the ball in their hands, we want them being aggressive," Phoenix coach Sandy Brondello said.

Can the Sun attack the paint to upset Candace Parker and the Sparks?

The Sun's 0-5 start keeps getting mentioned, but Connecticut guard/forward DeWanna Bonner said she never doubted her team even then.

In her first year with the Sun after 10 seasons and two championships with Phoenix, Bonner has helped allow Connecticut not feel the absence of forward/center Jonquel Jones as much. Jones was a big part of the Sun's run to the WNBA Finals last year, but she opted to sit out this season in the bubble.

The perpetually upbeat Bonner said Tuesday, after Connecticut ran away from Chicago in the second half to win 94-81, that this season has been one of the most enjoyable for her despite its challenges. Bonner had 23 points and 12 rebounds Tuesday, and has meshed well with Alyssa Thomas, who was near a triple-double in the first round with 28 points, 13 rebounds and eight assists. Those two helped the Sun go 10-7 after losing their first five games.


But Tuesday's game against a Sky front line that was impacted by injury and inexperience is a different thing than what's next: facing the Sparks with two former league MVPs in forward/center Candace Parker (14.7 PPG, 9.7 RPG) and forward Nneka Ogwumike (13.3 PPG, 4.8 RPG).

Some recent playoff history: Connecticut and Los Angeles met last year in the semifinals. The Sun got a 3-0 sweep, and the Sparks imploded in the third game. In the wake of that 78-56 loss, longtime Sparks general manager Penny Toler lost her job because of a locker room tirade during the playoffs (she's since filed a lawsuit against the franchise), and coach Derek Fisher heard complaints from his players about not being in sync enough with them.

To his credit, longtime former NBA player Fisher worked at communicating better with his team this year. Parker, who was benched by Fisher in the last quarter of Game 3 vs. Connecticut last year, said before this season that life was too short -- and her career too near its end -- to hold on to any negativity from 2019. Parker, 34, then had a stellar season, leading Los Angeles in scoring (14.7 PPG) and rebounding (9.7), while being second in assists (4.6).

In the bubble, the Sparks won both meetings with the Sun by very similar scores: 81-76 on July 30 and 80-76 on Aug. 28. Bonner presented the biggest problem for Los Angeles in the first meeting with 34 points and 14 rebounds, while Thomas had 19 points and nine rebounds in the second.

In both games, point guard Chelsea Gray led the way for Los Angeles, with 15 points and six assists in the first meeting, and a season-high 27 points in the second.

When Parker, Ogwumike and Gray, who were all on the Sparks' 2016 championship team, are clicking together, they are one of the most talented trios in the league. If they play well Thursday, Connecticut again will need big games from Bonner and Thomas, plus likely at least one other offensive threat, to stop them. 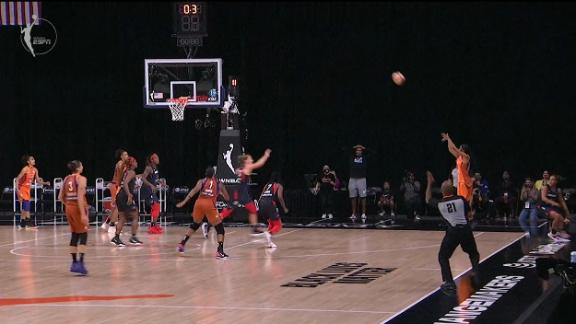