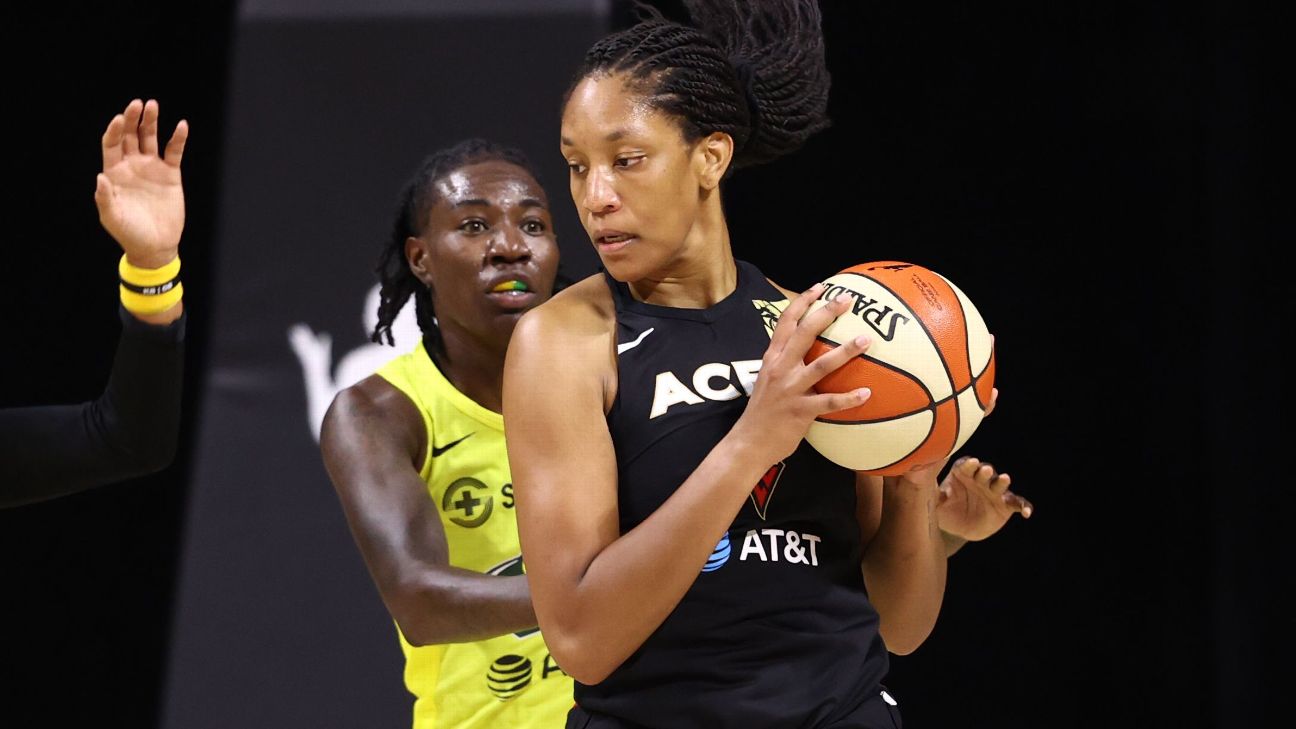 The last day of the WNBA regular season will decide the eighth and final playoff team, plus which team is the No. 1 seed.

The regular season was originally scheduled to end Saturday, but the six games that were postponed as players sat out on Aug. 26-27 in protest of the Jacob Blake shooting in Wisconsin had to be rescheduled. Three of them were moved to Sunday, including a game that could be a preview of the WNBA Finals: the Seattle Storm vs. the Las Vegas Aces (ABC, 3 p.m. ET). That outcome will determine whether the Storm or the Aces are the top seed; both already have clinched the double bye into the semifinals. The Aces have the tiebreaker if they win and finish with the same record as the Storm.


The defending champion Washington Mystics are in position to secure the last postseason spot with either a victory Sunday over Atlanta or a Dallas loss to New York. The Wings need to win and have the Mystics lose to get the playoff berth.

Here's a look at what's on the line and where things stand heading into Sunday's games:

Seattle easily beat Phoenix 83-60 on Friday even without forward Breanna Stewart (left foot) and point guard Sue Bird (left knee). They are both listed as questionable for Sunday's game.

Since all the games this season are in the bubble in Bradenton, Florida, there's no home-court advantage to play for, but Seattle still wants the No. 1 seed. It would guarantee not having to face No. 3 seed Los Angeles if the Sparks make the semifinals. Even though the Sparks lost their last two games of the regular season, they might be the most dangerous team outside of the top two.

Coach Gary Kloppenburg said the decisions on Bird and Stewart for Sunday would be based on how they feel. But he might weigh the benefit of resting them from game action until the semifinals begin Sept. 20, even if that makes it tougher to defeat Las Vegas on Sunday. The Storm are on a seven-game winning streak.

The Aces have won five in a row and nine of their past 10. They defeated Los Angeles 84-70 on Saturday, so they'll have to play back to back Sunday. But the Aces can navigate that, especially with one of the best benches in the league.

"We've just got to be us, and stay within our system," said Aces forward A'ja Wilson, who had 19 points and eight rebounds Saturday. "We can't really focus on it being a back-to-back; it's just another game that we've got to prepare for."

The Sparks ended the regular season with losses to Washington and Las Vegas. They've dealt with injuries in the past week to guards Brittney Sykes, Tierra Ruffin-Pratt and Sydney Wiese, which hurt their depth and defense. Now they'll have a little break before playing in the second round Thursday.

"We're looking to get that rest," forward Nneka Ogwumike said, "and really come into this playoff swing with some new energy."

The Lynx go into the postseason on a positive note after a 98-56 victory over Indiana on Saturday. They got a big game from guard Rachel Banham (29 points and 10 assists).

Coach Cheryl Reeve opted to give Rookie of the Year favorite Crystal Dangerfield the day off, letting her rest up for the second round on Thursday.

The biggest news for the Lynx is that center Sylvia Fowles, who was limited to just seven games because of a calf injury, might be back for the postseason. She has not played since Aug. 13.

After a dramatic overtime victory against Connecticut on Wednesday, Phoenix ended with a dud on Friday: an 83-60 loss to Seattle. The Mercury never seemed in the game, and stars Diana Taurasi and Skylar Diggins-Smith played limited minutes. But it's best to just let that bad night go.

The Mercury will spend Sunday watching to see which team they will play in Tuesday's first round, either Washington or Dallas. In the regular season, Phoenix swept the Mystics and split with the Wings.

The Sky beat Dallas 95-88 on Friday to end a four-game losing streak. Chicago point guard Courtney Vandersloot had 12 assists, giving her 219 for the season and an average of 9.95. It's the fourth year in a row she has led the WNBA in assists.

"We needed that one," Vandersloot said Friday. "We needed to see a W by our name for a little bit of confidence going into the playoffs."

Chicago will meet Connecticut in Tuesday's first-round game; the teams split during the regular season.

The Sun lost their last two games of the regular season, to Phoenix and Atlanta. The latter game really meant nothing, since the Sun were already assured of being in the 6 vs. 7 first-round game, so the bench played a lot against the Dream. That gave the starters a little more rest prior to facing Chicago on Tuesday.

The Wings get started Sunday at noon against last-place New York. The Liberty will look to play spoiler and also to avoid having the fewest-ever wins in a WNBA season (two) -- albeit in a shortened season. If the Liberty win, they would match the three wins that Washington got in 1998 and Tulsa had in 2011. A New York victory would also put Washington into the playoffs.

But if Dallas prevails, the Mystics will need to clinch the spot for themselves with a victory against Atlanta (5 p.m. ET). The Mystics bounced back from a tough overtime loss to Dallas last Sunday to win their next three games. Myisha Hines-Allen has averaged 27 points and 9.3 rebounds in that stretch. 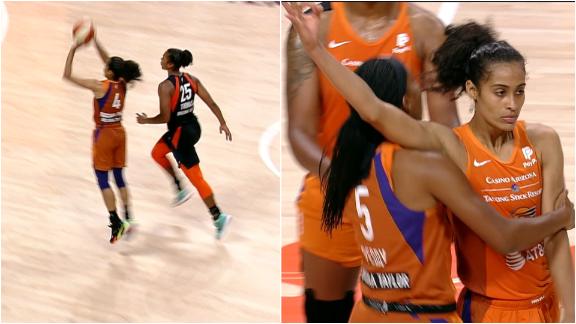