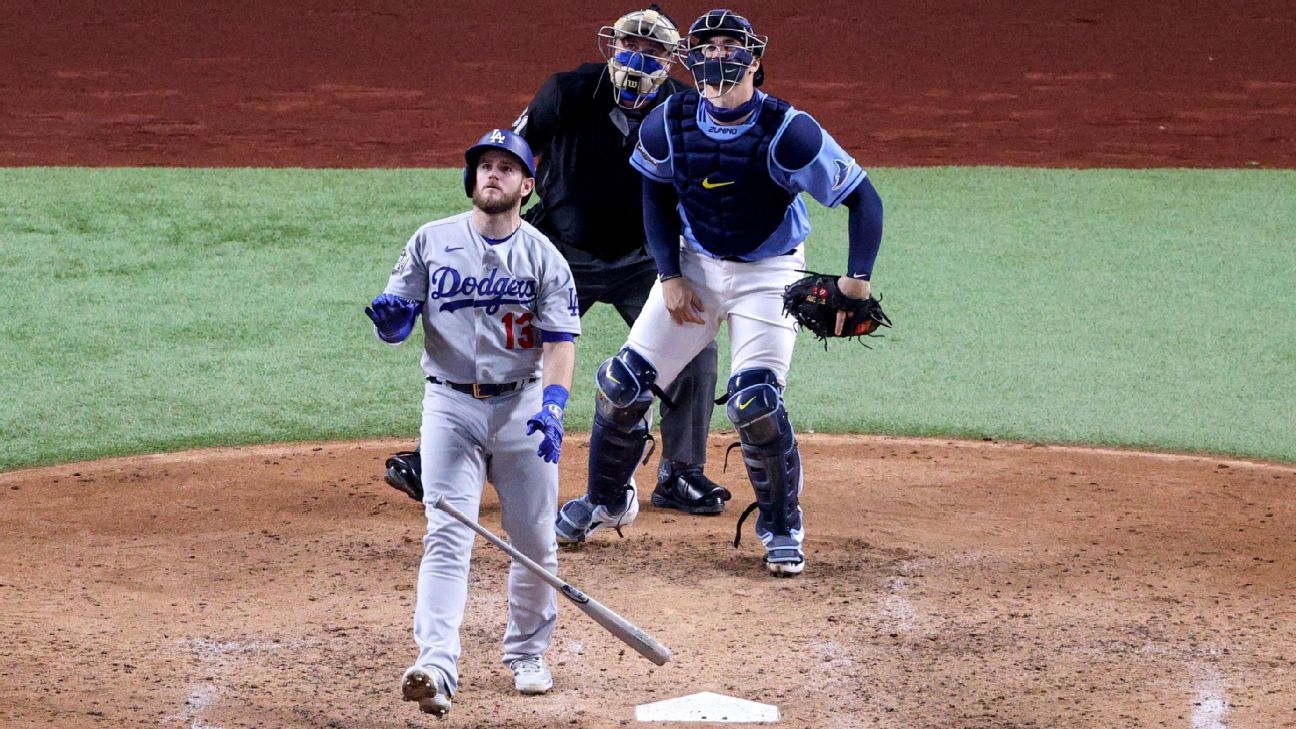 After all the oddities of the MLB regular season and postseason, the 2020 World Series pits baseball's top two teams against each other. While we've grown accustomed to seeing the Dodgers playing for the championship, this is the first Fall Classic for the Rays since 2008 and only the second in franchise history.

Here's what you need to know for Game 6 on Tuesday, including a look at the pitching matchup, predictions, odds, other key numbers and more.

The Dodgers have been here before, with the ability to clinch their first World Series title since 1988. But they'll have to accomplish it without using any of their best starters. Tony Gonsolin will get the ball just as he did in Game 2. That was the only contest in which the Rays scored first -- a huge factor in their chances to win.

As recently as Monday, Tampa Bay manager Kevin Cash lamented his strategy when playing from behind as compared with playing while ahead. The Rays have such a deep group of relievers, it's mitigated when they're used to put out damage instead of protecting a lead.

Cash has already stated he'll be aggressive in using those relievers if, in fact, Tampa Bay gets ahead early. So don't expect a long outing from Snell unless he's just mowing down the Dodgers. Cash admitted being precise with his matchups against the deep L.A. lineup is essential when protecting a lead. In his mind, this game could be decided in those opening innings.

The Dodgers have scored in the first inning in each of the past three games, with the Rays barely squeaking out a Game 4 win. Can they play from behind, if needed, once again? They don't want to find out. The Rays are an MLB-best 31-7 when scoring first, including in Game 2. -- Jesse Rogers

Rogers: This is an easy prediction, just like all baseball games. The Dodgers are only susceptible when they don't have one of their stud starters on the mound. A clinching win in a bullpen game isn't in the cards for them, not when the Rays have shown the fight they have all season. Tampa Bay scores early -- which is essential -- then deploys its relievers to perfection, winning Game 6. The Rays' Game 2 win will be the blueprint. Rays 6, Dodgers 3

David Schoenfield:I always root for a seven-game series and we've come this far, but I picked the Dodgers over the Rays in six back in March, again in July and again at the start of the postseason. And that's how it's going to play out. Gonsolin and five relievers are going to contain a Tampa Bay offense that is hitting just .214 in the playoffs. Snell keeps it close for four or five innings, but that's been his limit, and the Dodgers will break it open late, including another home run from Corey Seager. Kenley Jansen gets the final out.Dodgers 7, Rays 3

Dan Mullen:Even though I predicted the Dodgers to win this series in six games going in, it's very tempting to pick the Rays tonight because (a) Game 7s are fun! and (b) it has proved very foolish to count this Tampa Bay team out. But I am going to stick with my original prediction that tonight's game will end with a (unique) Dodgers title celebration in Arlington.

Snell needed 88 pitches to get through 4 innings in Game 2 and L.A. is likely to wait him out again in Game 6, meaning the Dodgers will see lots of Rays relievers they've already seen in this series, and that plays into L.A.'s hands. Dodgers 7, Rays 4

If the Rays are going to force a Game 7, the Tampa Bay bullpen will likely play a huge role. The Rays' Game 6 starter, Blake Snell, has been lights-out this postseason -- well, at least through the first four innings of his starts. Snell, who had a no-hitter going against the Dodgers through four innings in Game 2, was knocked out in the fifth in that game. Overall this October, he has posted a 1.35 ERA and a .530 opponent OPS from the first inning through the fourth. After the fourth, those numbers balloon to 12.46 and 1.373, respectively.

In Game 4, when Rays journeyman Brett Phillips' two-out hit off Dodgers closer Kenley Jansen -- Phillips' first hit since the regular season, after Jansen walked Randy Arozarena-- in the ninth scoredKevin Kiermaier from second for a 7-7 tie and then, improbably, plated Arozarena as well when catcher Will Smith lost the ball at home plate for a Rays walk-off win. Just like that, the World Series was evened up, making it a best-of-three showdown between L.A. and Tampa Bay.

Randy Arozarena has gone from an unknown outfielder to this October's breakout star. Going into the playoffs, you might have been asking, "Who is this guy?" But the Rays' trade for him has been a huge factor in their postseason run. Arozarena is now a living, breathing postseason record book in cleats, having set MLB marks for home runs (nine), hits (27) and total bases (59). What's more, he has been flashing some leather in the outfield andsome sweet celebration dance moves on the field. 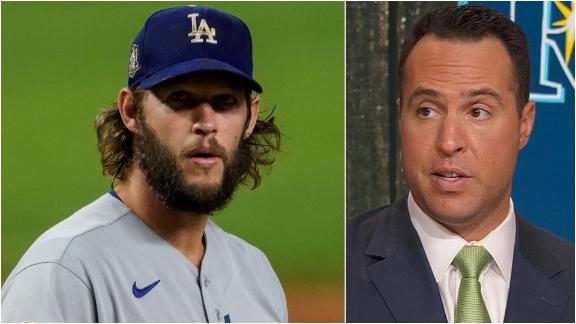