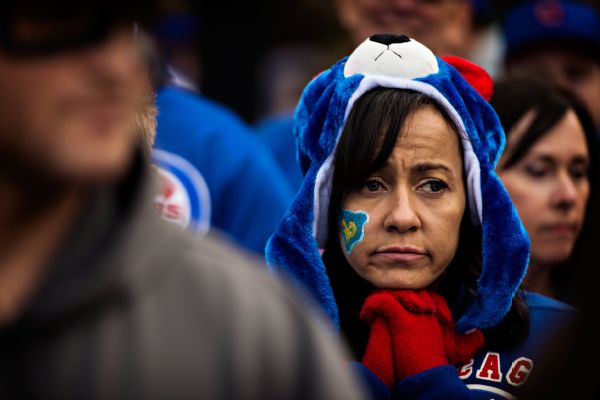 Prices on the resale market for Games 4 and 5 of the World Series in Chicago plummeted on Saturday morning after theCubs' loss to the Indians on Friday.

Game 5 dropped even more precipitously because the loss assured that if the Cubs were to win the World Series, it wouldn't be done at home. The get-in price on StubHub when Game 3 ended was $2,400. By Saturday afternoon, that ticket was $1,500, a decline of 37.5 percent.

The median price paid for a Game 3 ticket on StubHub was $2,800 and that didn't include any sales in the six hours before the game. Because of a contract between the Cubs and StubHub, which has been in place for three seasons, the ticket reseller was forced to pull the tickets, meaning those selling on the site had to shift their tickets to other sites.

Right before Game 3 began, StubHub announced it had struck a deal with the Cubs and MLB Advanced Media that would enable tickets to be sold on the site right up until game time.

Prices for Games 4 and 5 haven't just dropped on the low end.