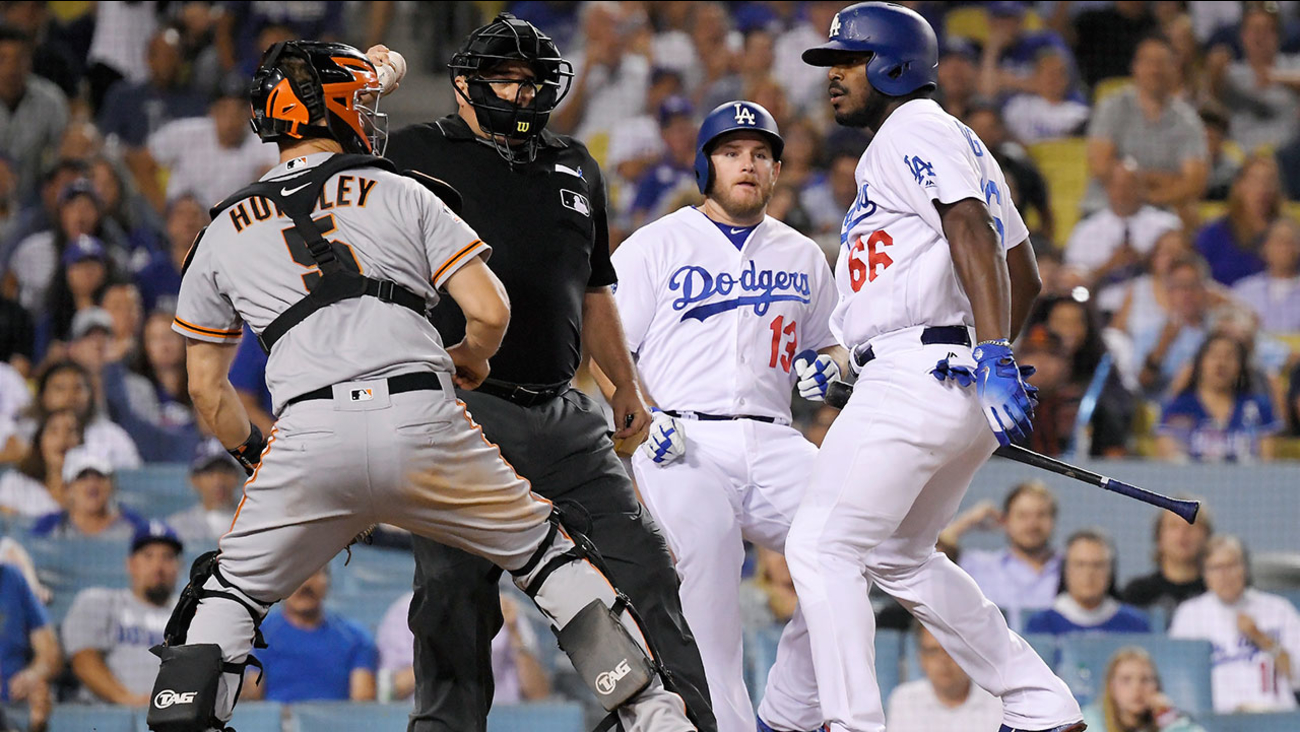 LOS ANGELES -- Los Angeles Dodgers outfielder Yasiel Puig has been suspended for two games and fined an undisclosed amount for fighting and inciting a bench-clearing incident against San Francisco.

Barring an appeal, Puig is scheduled to begin the suspension Friday at Seattle.

The fracas started when Puig swatted his bat in frustration after fouling off a pitch from Tony Watson, and Hundley said something to the slugger while still in his crouch. Puig turned around and walked toward Hundley, the catcher stood up, and they argued face to face before Puig shoved Hundley twice.

That brought players out of the benches and bullpens. Puig and Hundley were momentarily separated, but Puig ducked around teammates, coaches and manager Dave Roberts before reaching back to hit Hundley. He smacked Hundley with an open hand across the front of his catcher's mask.

Dodgers coach George Lombard was trying to push Hundley away when Puig took his swing. Lombard and Hundley briefly ended up on the grass. After the players were separated for good, the umpires ejected Puig and Hundley.