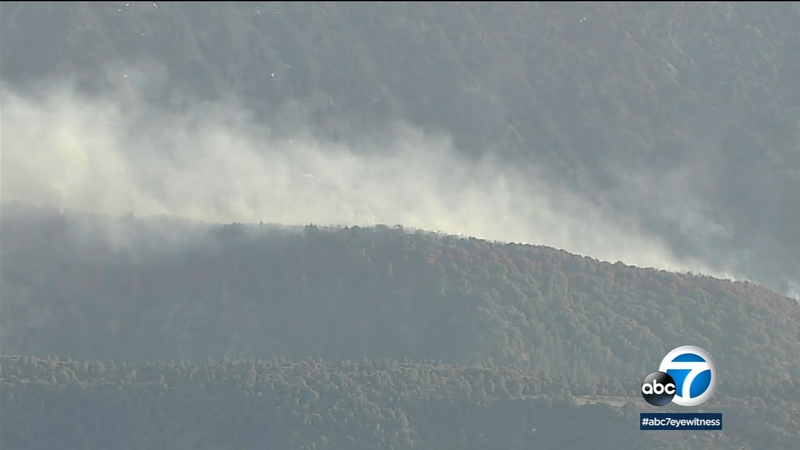 Crews responded to battle the Springs Fire in the area of Big Pines Highway and Big Rock Creek Road near Valyermo around 4 p.m., according to the Los Angeles County Fire Department.

The Springs Fire was estimated to have burned around 60 acres amid gusty winds traveling at about 20 to 30 mph, according to the U.S. Forest Service. Angeles National Forest officials say strong attacks from the air helped hold back the flames and crews appeared to have gained control of it.

Thick white smoke covered the area as firefighters worked to prevent it from threatening structures. Officials said the blaze was moving east toward Wrightwood, and engines that responded to the scene were working on structure protection at the base of the fire.

Several Cal Fire tankers were called in to tackle the blaze.

There were no immediate reports of injuries. The cause of the fire is unknown.