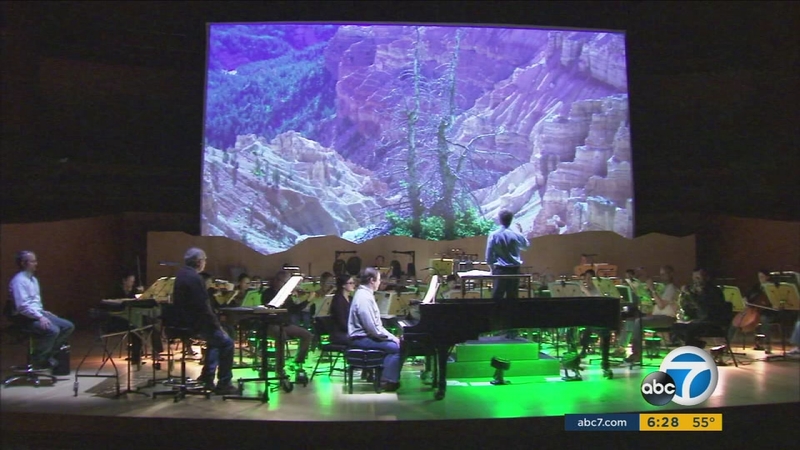 The St. Louis Symphony performed the work "Des canyons aux etoiles" (From the canyons to the stars) by French composer Olivier Messiaen, a piece originally commissioned in 1972 to celebrate the bicentennial of the Declaration of Independence.

But this performance was enhanced through its accompaniment by a video installation from photographer Deborah O'Grady that focused on some of the American parks that inspired Messiaen's work. The composer wrote his piece after touring through Utah and Arizona.

O'Grady, who spent two years compiling the images in the piece, said it was designed as "a unified visual experience" rather than two separate components.

"The video and the orchestra, they're all part of the picture," O'Grady said.

Her visual choreography used still images, time lapse and effects to show Bryce Canyon and other national parks as they looked in 1972 when Messiaen visited, according to symphony officials.