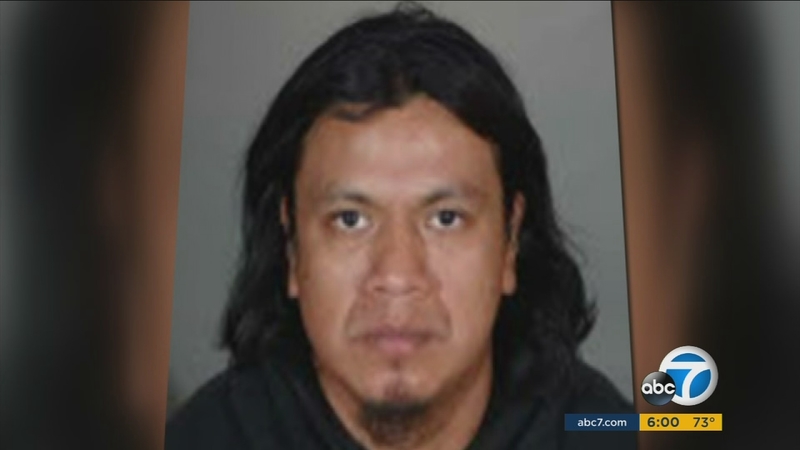 LOS ANGELES (KABC) -- The man accused of stabbing to death a 3-year-old girl in downtown Los Angeles has now been linked to at least one more attack, police said.

Ricardo Utuy is accused of stabbing the daughter of a coworker to death at a downtown Los Angeles garment factory on Monday.

Police say he stabbed Ruby Vasquez, the daughter of a coworker that he didn't know well, soon after she was dropped off to her mother's workplace around 5:15 p.m. The girl was driven to a hospital by her parents, where she died. Utuy fled the scene, but later turned himself in and is being held on $1 million bail.

After news of his arrest was made public, police say a woman came forward to say she was attacked by Utuy earlier this year, according to Los Angeles police.

Detectives are also looking for a man, identified only as Alex, who lives in the Los Angeles area and may have additional information about Utuy.

City News Service contributed to this report.
Related topics:
downtown lalos angeleschild stabbinghomicide investigationhomicidestabbing
Copyright © 2021 KABC-TV. All Rights Reserved.
TOP STORIES
Search resumes for Brian Laundrie in Gabby Petito case
Search continues for homeless man who slammed into LA pedestrian
Hollywood Burbank Airport shut down after person runs onto runway
Heat advisories issued for most of SoCal on first day of fall
Movie and film workers might be headed toward a strike
'No one would be spared': Debt default would set off dire consequences
California struggles to conserve water amid historic drought
Show More
Conor McGregor prompts comparisons to worst first pitches in history
Growing scam targets Bank of America and Zelle customers
Woman safe after video of possible abduction in Bell Gardens
When to expect decision on COVID-19 vaccine boosters
Who is running for mayor of LA? Here are the top contenders
More TOP STORIES News