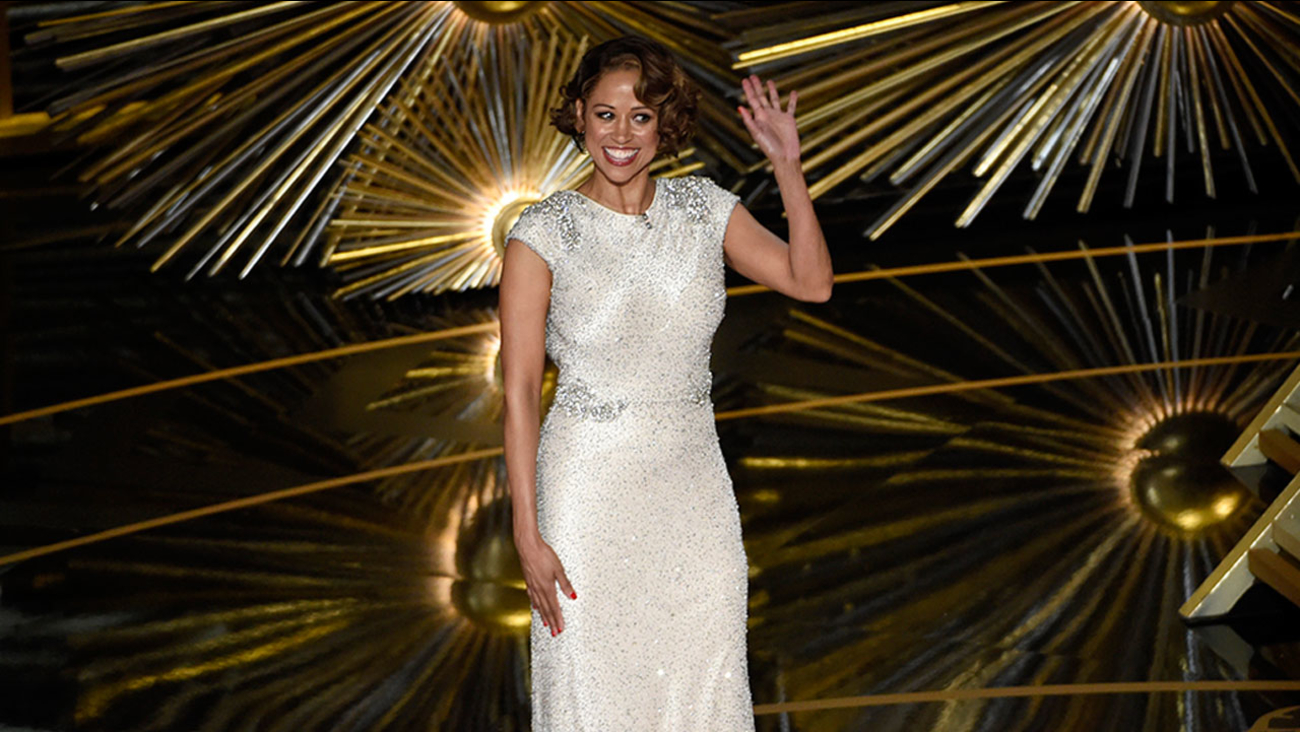 Stacey Dash speaks at the Oscars on Sunday, Feb. 28, 2016, at the Dolby Theatre in Los Angeles. (Chris Pizzello/Invision/AP)

Dash is best known for her role on "Clueless" - the 1995 film and then the TV series of the same name.

The outspoken Republican filed paperwork to run in California's 44th district, which includes Compton, Watts, San Pedro and north Long Beach. The communities in the district, currently represented by Democratic Rep. Nanette Barragan, have a history of mostly Democratic representation.

Dash emerged as a controversial figure in 2016 when she said the #OscarsSoWhite boycott campaign was "ludicrous" and said there was no need for Black History Month.

She worked as a commentator on Fox News for about three years, and once was suspended for using an expletive on air when saying she thought President Barack Obama didn't care about terrorism.

She has not publicly issued a statement about a run for office. But on Monday she filed paperwork with the Federal Election Commission for a campaign committee called Dash to DC, listing its address as Newport Beach.

Two weeks ago she polled her followers on Twitter on what they thought of the idea: "A number of people online and off have suggested I run for political office. I wanted to see what my online community thinks of this idea as I mull the possibilities. Thoughts?"

A number of people online and off have suggested I run for political office. I wanted to see what my online community thinks of this idea as I mull the possibilities. Thoughts? pic.twitter.com/L71fF0NnXR

Formal statements coming. For those mocking for the district I live in...open your minds. It’s time to for me to put up or shut up and I want to serve great people.