Stand Up To Cancer raises $123 million 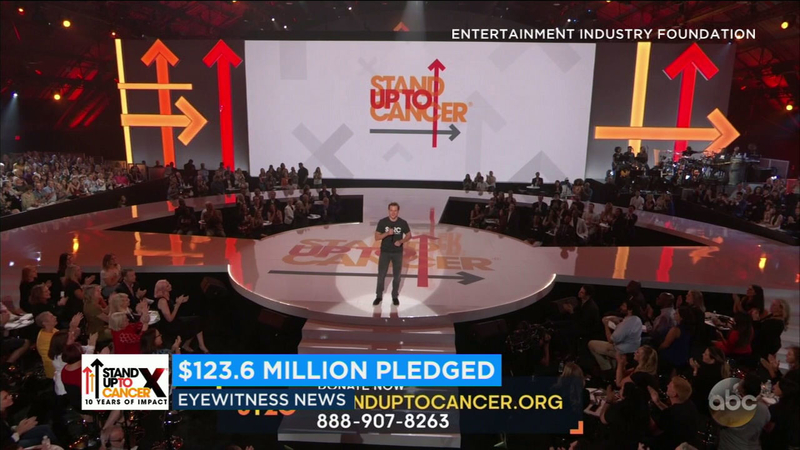 Stand Up To Cancer raises $123 million for research

Stand Up To Cancer had its most successful telecast yet this weekend.

It featured a cast of celebrities from entertainment, music, sports, and science, along with several cancer survivors who have benefited from breakthroughs funded by the group.

The show aired commercial-free on more than 70 networks, including ABC.

Before the show, the organization said it had already raised more $480 million to fund research.

A replay of the show is available here: