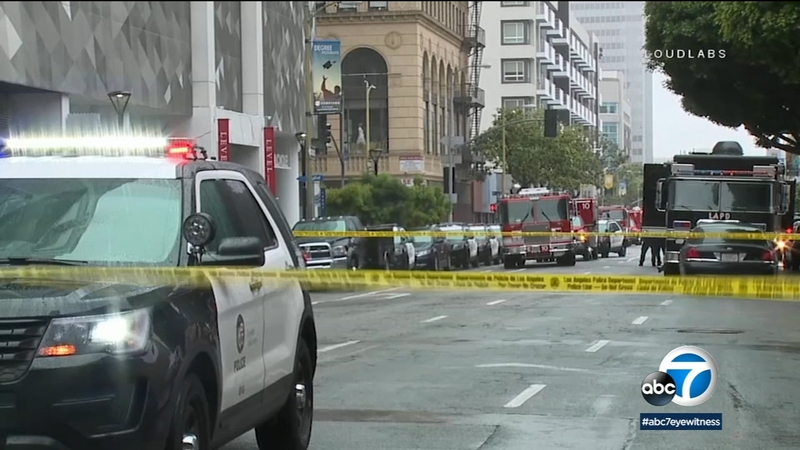 DOWNTOWN LOS ANGELES (KABC) -- A domestic violence suspect and a second suspect who were barricaded inside an apartment in downtown Los Angeles on Sunday morning were taken into custody after an hours-long standoff.

Los Angeles police officers responded to the high-rise building in the 900 block of South Olive Street around 7 a.m. after reports of a man being forced out of a room by someone with a gun during an overnight party.

SWAT was called after people in the room refused to leave, according to police. A female was taken into custody. Police did not provide information about her connection to the incident.

The man was taken into custody after a three- to four-hour standoff with police. During that time, nearby streets were blocked off. Streets were reopened around 11:15 a.m., according to LAPD Commander Marc Reina.

The man was charged with domestic violence, and other charges are pending.

Investigators were searching for a gun that may have been used in the incident.