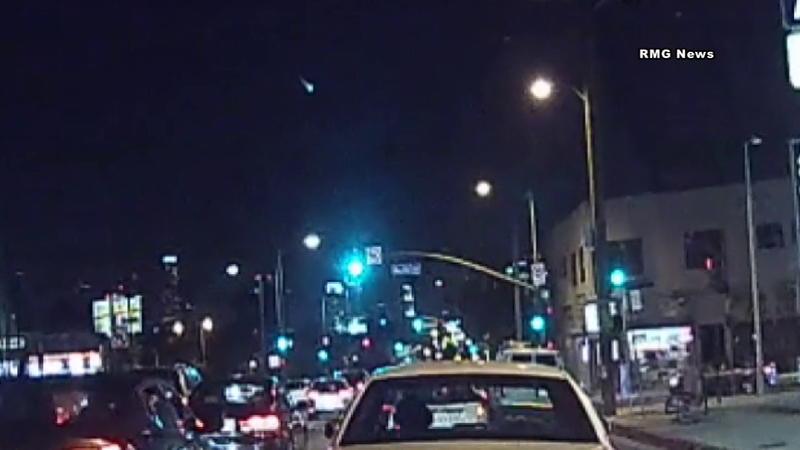 According to the Griffith Observatory, the flash of light was caused by "space junk," possibly something in orbit that was coming back down to Earth.

Astronomers told ABC7 they spotted the debris with their telescopes at the Griffith Observatory.

Several eyewitnesses reached out to ABC7 about the bright flash of light through social media:

@ABC7 just saw something fall out of the sky. Not sure what it was but it was like sparks almost #fireball?

Did anyone see what looked like a shooting star falling with greenish blue lights and look like it kinda exploded with a bright light. @abc7

So did anyone else see something flay across the #sky in #LA? Looked like a burning comet or something on fire. @abc7 #Machester area.

The Griffith Observatory said it was not uncommon for this to occur.

In November 2015, a missile test flight from a submarine left hundreds of people from Southern California, Nevada and Arizona perplexed as it caused a bright light to streak across the sky.