Stanley Tucci and Colin Firth talk about why they decided to swap roles in their new film, 'Supernova'
OTRC
By George Pennacchio 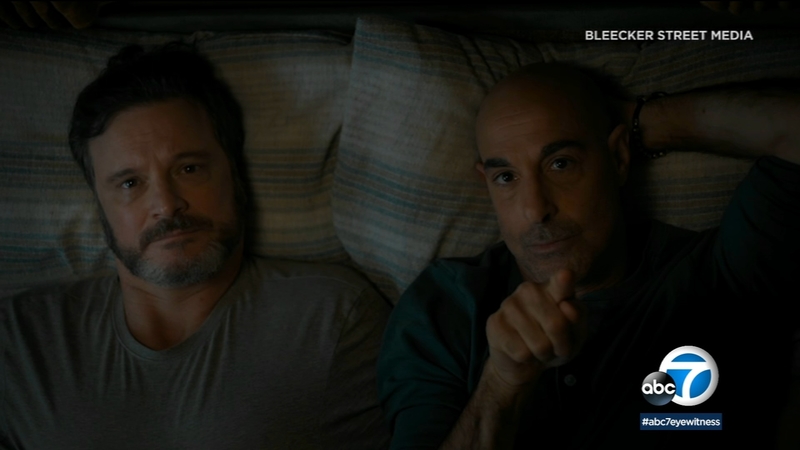 HOLLYWOOD -- Colin Firth and Stanley Tucci play a couple in crisis in the new drama, "Supernova." In the film, they've been partners for 20 years...which is about how long Colin and Stanley have been friends in real life.

In "Supernova," the lights are beginning to dim for the character Stanley Tucci plays. He's a writer dealing with early onset dementia...struggling to cope with what's happening to him.

"I thought it was just so beautiful, so poignant and it did have that quiet dignity, as you say. It was reserved and poetic and truth and you don't often get scripts like that," said Tucci.

Both stars were attracted to writer/director Harry Maqueen's material. It would be a quick, low-budget shoot...with a behind-the-scenes twist no one saw coming.

"We shot this largely chronologically and we just had each other and the director to work with and I could very much see it on stage. In fact, we talked because we swapped roles, which is unusual in a movie but it's not so unusual in a play," said Firth.

"Every time I read it, I was like, 'I think we have to switch roles' and then he said it and we told Harry, who looked horrified," said Tucci. "And then we read it. We read, like, a few scenes, flipping it back and forth and we all went, 'Oh, yeah, that makes more sense."

Maqueen agreed...knowing these two friends would take care of his intimate and intense material.

"It's an amazing thing to harness in a film like this, you know, especially something that's so intimate and intense. I think you can't beat it if you, you know, you trust someone so much as they do," said Maqueen.