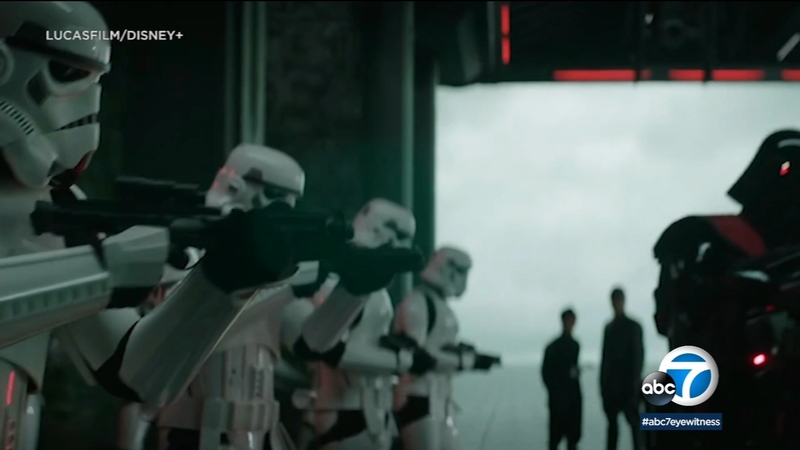 ANAHEIM (KABC) -- The Anaheim Convention Center is home to "Star Wars Celebration." Along with the costumed flair on the convention floor, there are many extra elements, including learning about what on-screen fare is in the pipeline. That includes the new six part series "Obi-Wan Kenobi."

"It was interesting to take this character that we know in love and take him to a more damaged place, yes," said Ewan McGregor, who plays the title role.

Hayden Christensen, who plays Darth Vader, says you can expect things to get dark.
.
"You know, it's a Darth Vader. He's on a mission. He's looking for Obi-Wan and he has a lot of unsettled business," said Christensen.

We learned "Andor," created and written by Tony Gilroy, would debut on Disney+ August 31. It's based on the character Diego Luna played in "Rogue One."

"And now we're going to understand how he got there and I love telling the story because it reminds us that we're all capable of bringing change," said Luna.

"I think there's no one better than Tony Gilroy, who wrote all the 'Borne' movies, and he has done a spectacular job bringing a spy thriller into 'Star Wars," said LucasFilm President Kathleen Kennedy.

We also learned Jude Law will star in the series, "Star Wars: Skeleton Key," about kids who get lost in the "Star Wars" universe and try to find their way home.

In addition, Warwick Davis, who has been in "Star Wars" movies before, is returning, but not to "Star Wars." He will star in "Willow," a series based on his 1988 movie.

"Willow,' I think, will be one of those shows you can immerse yourself into and for a moment or two, forget what's going on in the world and have an enjoyable time with these characters," said Davis.

The Star Wars Celebration runs through Sunday, May 29 at the Anaheim Convention Center.