There's been a lot of talk about Luke Skywalker's conspicuous absence from teasers for Star Wars: The Force Awakens. Harrison Ford promised fans will find out the "really good reason" for that -- when they go see it.

Ford teased the film, which premieres in December, during his Thursday appearance on Jimmy Kimmel Live. And since it's almost Halloween, he did it while wearing a hot dog costume.

Some fans have speculated that Luke does not appear in the poster or trailers the latest Star Wars movie because he has turned evil or because he is hiding. Ford said not knowing the true reason will pay off. 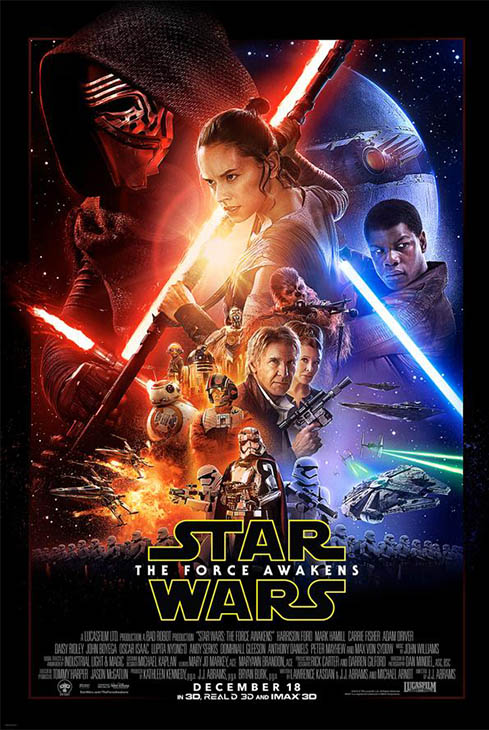 "I want the audience to experience it. I don't want them to hear anything about it," he explained of the radio silence surrounding many aspects of the film.

He joked that Luke is not on the poster because there wasn't room, adding of the real reason, "It's really, really, good. Trust me."

Well, if you can't trust Han Solo in a hot dog costume, who can you trust?

Ford then got serious, discussing his relationship with the filmmakers and his bygone wish that his character had died a martyr earlier in the franchise. He also discussed getting injured on set and, not related to Star Wars, his plane crash earlier this year.