'Start Here': Backlash over decision to withdraw US troops from Syria 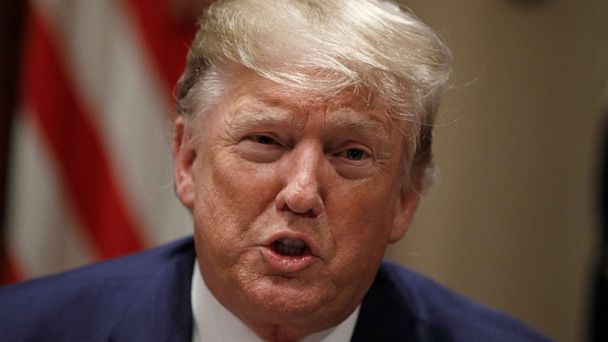 President Donald Trump is facing bipartisan backlash for his decision to withdraw U.S. troops from a key part of Syria, allowing Turkey to launch a military operation there and likely strengthening ISIS.

Sen. Lindsey Graham, R-S.C., one of the president's strongest supporters, was among several Republicans who denounced the president's move, calling it a "disaster in the making."

A federal judge has dismissed a lawsuit filed by the president to block a subpoena from the Manhattan District Attorney's office for his personal tax returns.

The judge rejected Trump's lawyers' claim that a sitting president can't be investigated, calling it "repugnant to the nation's governmental structure and constitutional values."

The president appealed the decision and was granted an emergency stay to stop the subpoena from taking effect.

The wife of a U.S. diplomat has fled the U.K. and is now claiming diplomatic immunity in the wake of her alleged involvement in a fatal car crash.

The 42-year-old American woman was being treated as a suspect in a traffic collision that killed 19-year-old Harry Dunn on a motorcycle in the village of Croughton, England, according to police. Officials said she initially cooperated and told investigators she had no plans to leave Britain.

"It does appear that perhaps she was driving on the wrong side the road," ABC News Senior Foreign Correspondent Ian Pannell says. "Apparently she'd only been in the country for three weeks... so in some sense it's quite an innocent explanation, but it's exacerbated the entire situation, not just for the parents, but for the police and for government officials."

The U.S. State Department confirmed that the Aug. 27 incident involved "a vehicle driven by the spouse of a U.S. diplomat assigned to the United Kingdom." The U.S. government is in "close consultation with the appropriate British officials," the spokesperson told ABC News in a statement Saturday.

'An abundance of caution': Eight premature infants were infected with a waterborne bacteria while in a neonatal intensive care unit in a Pennsylvania hospital. Three of the infants have died.

'Who would do something like this?': A 6-year-old girl was asleep in her Cleveland home when bullets struck the house, hitting her in the head and killing her.

'Needed to pay for the wedding venue': A Texas man has been arrested after his fiancée saw a social media post of him robbing a bank the day before his wedding so he could pay for the ring and the venue of his ceremony.

'This is just a horrible': A family of five, including 9-year-old twins and an 11-year-old girl, has been found dead in a two-story condominium in Massachusetts.

Pvt. Hunter Nines is about to join a war nearly as old as he is.

The 18-year-old discussed with ABC News his impending combat deployment to Afghanistan -- his first with the Army.

"I didn't have a lot of thoughts on Afghanistan in particular," said Nines, who was 7 months old when U.S. troops first arrived there. "I honestly just had the notion of I wanted to serve, and wherever that is, that's where I'll go."