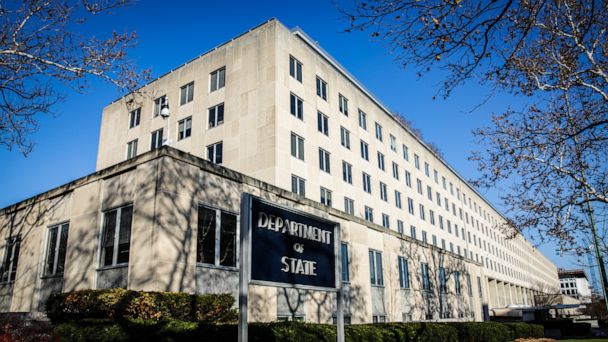 The Trump administration has named a new acting inspector general for the State Department, the fourth person to lead the watchdog office in four months, after Secretary of State Mike Pompeo had its longtime chief fired in May.

Ambassador Matthew Klimow has been tapped to serve in the oversight role, replacing a career IG official and raising concerns again among lawmakers about how independent the office will be.


Klimow is a career civil servant who currently serves as U.S. ambassador to Turkmenistan after being nominated by President Donald Trump. A decorated combat veteran, he's previously served as a senior official at NATO under President Barack Obama and in Vice President Dick Cheney's office.

Most recently, he served as a senior adviser to Under Secretary for Management Brian Bulatao, a top Pompeo aide and longtime friend. Bulatao has been accused by Steve Linick, the ousted IG, of attempting to bully him from pursuing certain investigations.

Linick's firing is being investigated by the House Foreign Affairs and Oversight Committees, drawing outrage from Pompeo, who has denied that Linick was removed as retaliation or because of any OIG probes related to him.

The OIG is investigating Pompeo's use of staff to run personal errands for himself and his wife. Last month, it concluded a report on Pompeo's use of an emergency authority to bypass Congress and sell $8 billion of arms to Saudi Arabia and the United Arab Emirates -- finding that Pompeo acted within his statutory authority, but failed to properly consider civilian casualties.

Klimow will serve in the role "until the end of 2020," a State Department spokesperson told ABC News. After that, he is expected to return to his post in Turkmenistan.

Klimow replaces Diana Shaw, a career OIG official, who will go back to being deputy inspector general.


Shaw had been tapped as acting IG after Pompeo's first acting IG Stephen Akard resigned. A longtime aide to Vice President Mike Pence, Akard had faced pressure from Capitol Hill for conflicts of interest, including retaining his role as director of the State Department's Office of Foreign Missions.

Akard resigned suddenly last month to take a job in the private sector, spurring questions about what's going on in the beleaguered office.

Constant personnel changes where career staff lead the OIG are a threat to its independence, according to a 2007 report from the Government Accountability Office, another independent federal watchdog.

"Such staffing arrangements represent potential impairments to independence and the appearance of independence under professional standards," the report found when investigating the State Department's use of career staff to temporarily lead the office at the time.

"This use of temporarily assigned State Department management staff to head the State IG office can affect the perceived independence of the entire office in its reviews of department operations, and the practice is not consistent with (1) independence requirements of Government Auditing Standards, (2) other professional standards followed by the IGs, and (3) the purpose of the IG Act," it added.
Report a correction or typo
Related topics:
abc newsnational
Copyright © 2020 ABC News Internet Ventures.
More Videos
From CNN Newsource affiliates
TOP STORIES