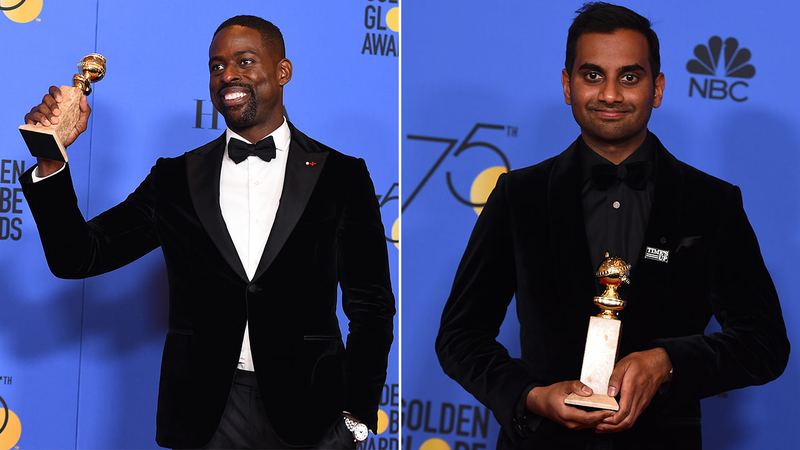 "Dan Fogelman, you wrote a role for a black man that can only be played by a black man," Brown told the show's creator during his acceptance speech. "What I appreciate so much about this is that I'm being seen for who I am and being appreciated for who I am, and it makes it that much more difficult to dismiss me or dismiss anybody who looks like me."

During his speech, Ansari said he was genuinely surprised to win and then proceeded to thank everyone he could think of.

"The only reason my acting is good in that show is because of everyone else who holds me up the whole time," he said. "I want to thank Italy for all the amazing food we ate in Season 2."
Report a correction or typo
Related topics:
arts & entertainmentaward showshollywoodgolden globe awardsequal rights
Copyright © 2022 KABC Television, LLC. All rights reserved.
TOP STORIES
1 dead after shooting near Baldwin Hills Crenshaw Plaza
2 found dead in car outside Chatsworth school
West Hollywood's bars could see later last call
California gun owners' personal information exposed in data breach
SoCal woman opens home to women from other states seeking abortion
Woman dies after being shot on 710 Freeway in Long Beach
Source of mysterious lights over San Diego identified
Show More
Here's how some schools are trying to close gender gaps in sports
Man allegedly used homemade flamethrower at abortion protest
Witness: Trump grabbed steering wheel, demanded to go to Capitol
Official: Upgrades urged at Amtrak crash site, but no action
LA County approves transfer of Bruce's Beach
More TOP STORIES News