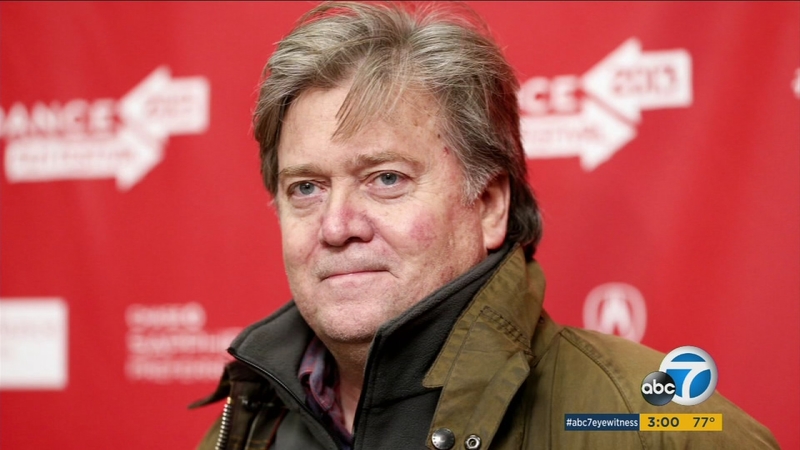 The resignation was effective on Aug. 14 -- exactly one year after Bannon joined President Donald Trump's presidential campaign -- and comes in the wake of departures by chief of staff Reince Priebus, press secretary Sean Spicer and communications director Anthony Scaramucci.

"White House Chief of Staff John Kelly and Steve Bannon have mutually agreed today would be Steve's last day," White House secretary Sarah Huckabee Sanders said in a statement. "We are grateful for his service and wish him the best."

According to the New York Times, there was still debate in the White House Friday morning between the president and other senior aides as the best way to let Bannon go. A person close to Bannon said he submitted his resignation to the president on Aug. 7, but it was delayed after the events in Charlottesville.

Bannon was a key adviser to Trump's general election campaign and has been a forceful but contentious presence in a divided White House.

Before joining Trump's team, he was an investment banker at Goldman Sachs, a movie producer and a video game investor. But he is best known for running Breitbart News, an inflammatory alt-right news site that produced headlines under his leadership so controversial his detractors were able to fuel suspicion that Trump had essentially hired a white supremacist.

"Steve Bannon is out and that is good for the country. Someone who trafficked in bigotry and hatred at Breitbart should never have been given a job on the campaign, let alone the role of chief strategist for the White House," said Rep. Adam Schiff (D-CA).

Also on Friday morning, virtually the entire membership of the President's Committee On the Arts and Humanities resigned in protest of his comments following the events in Charlottesville.

The arts and humanities committee was established in 1982 under President Ronald Reagan and, with the first lady serving as honorary chair, works with both government and private agencies in promoting the arts.