OC couple use fake sports business to get $3M from investors, prosecutors say 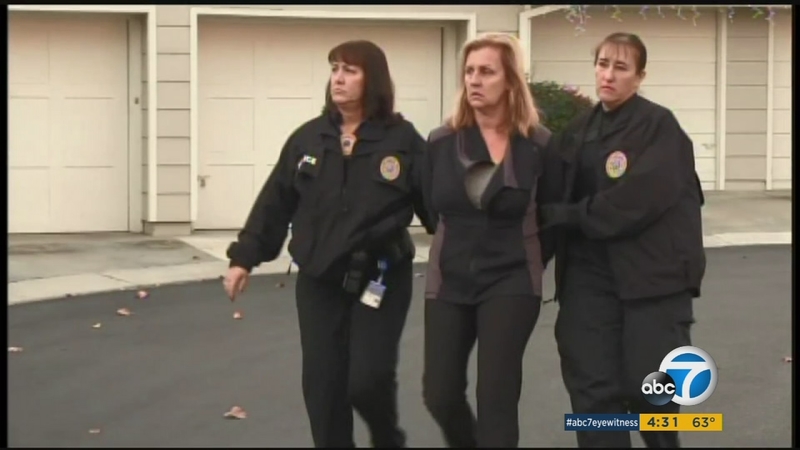 OC couple use fake sports business to get millions from investors

Steven McKinlay - who prosecutors say passed himself off as a religious man to his alleged victims - is now behind bars.

The 58-year-old shares a cell with his wife Kristi, 56. The couple made their first court appearance in Santa Ana after being charged with 10 felony counts, including grand theft and making false statements in the purchase or sale of a security.

"The defendants claim to be very religious and the other investors are mostly Christians and trusted the defendants for a long time," prosecutor Michelle Lipton said.

Authorities call it "affinity fraud"-- the defendants allegedly preyed on people with a common interest--most they met through Foothill Family Church in Foothill Ranch. They included an unnamed former Major League Baseball player and a cancer patient who wanted to secure an inheritance for his family.

"If they started getting suspicious, the defendants would tell them, 'Trust us, God will make sure this is successful,'" Lipton said.

For several years, prosecutors allege the McKinlays convinced more than 10 people to invest more than $3 million in their business called "God's Sports Company" or GSC. The product included a specially made softball bat.

However, the prosecutor said they didn't spend the money to mass produce the bats.

Instead, prosecutors allege the McKinlays used the money to pay for living expenses and to cover their daughter's wedding costs. They also bought a luxury suite at Angel Stadium and rented a San Clemente home for $10,000 a month - and later a place in Cote de Caza for $7,000 a month.

Authorities said the alleged victims were unaware of Steven's past. He didn't tell them about his bankruptcy, outstanding liens, or how investor money was being used.

"Investors should be aware that even if a product sounds good, you have to do your homework," Lipton said.

Kristi McKinlay, who hired a private attorney, entered a not guilty plea.

Steven, who was appointed a public defender, did not enter a plea. His arraignment was continued to Jan. 15. Both are being held on $3 million bail.

Authorities say before investing, always check the business owner's background and check with the Department of Business Oversight to find out if the investment has been qualified and the promoters are properly licensed to offer securities.