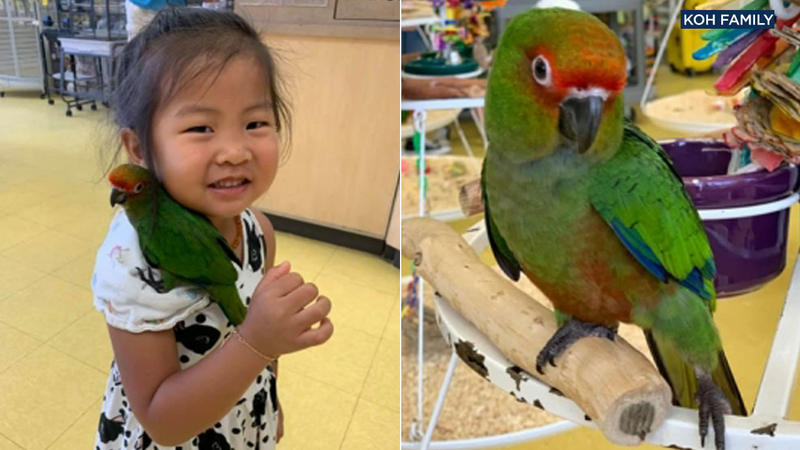 BREA, Calif. (KABC) -- An Orange County family's exotic baby parakeet that was stolen over the weekend has been returned.

Skittles, a type of parakeet known as a golden cap conure, had been stolen Sunday from Omar's Exotic Bird Store in Brea.

The Koh family bought baby Skittles at the store and had been visiting him three times a week while the bird was being weaned in-store.

Surveillance footage showed two people snatching Skittles from the store. The suspects left in a newer model Chevy Silverado pickup with a black metal trailer attached to the back.

Hours after the story went public, the bird was anonymously dropped off at the store next door. The person who dropped off the bird fled. Skittles is in good condition.