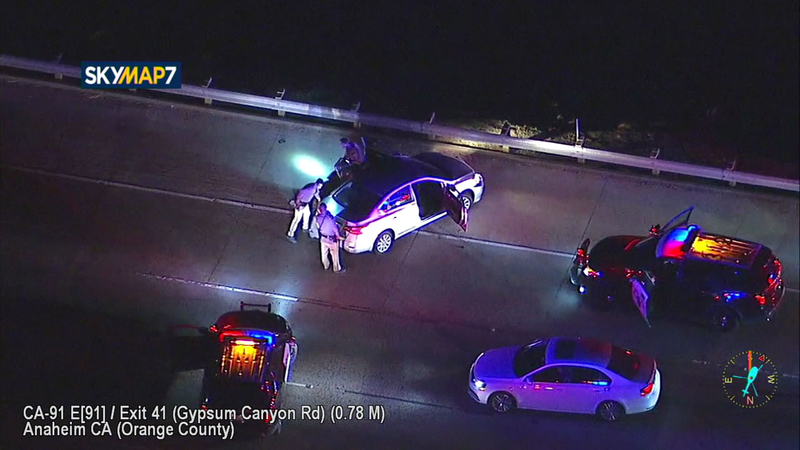 ANAHEIM, Calif. (KABC) -- A stolen-vehicle suspect along with three passengers led authorities on a chase through Orange County before crashing on the eastbound 91 Freeway in Anaheim Friday night.

The chase was reported around 9 p.m. and started in the Santa Ana area. The suspects fled from authorities and headed through Irvine before heading back toward Santa Ana.

As the driver headed eastbound on the 91 Freeway near Anaheim Hills and the Corona border, he tried to weave through a narrow break between a truck and sedan. The suspect was too close, clipped the truck and lost control of his vehicle, crashing into another car and swerving all the way to the right side of the freeway.

The crash ended near the Gypsum Canyon Road exit. A female passenger exited the vehicle and ran from police, but was quickly apprehended.

One man and two other women stayed near the vehicle as authorities took them into custody. Despite the crashes, no injuries were reported, authorities said.