Downey veteran who suffers from PTSD hopes car thief will have a heart, return service dog 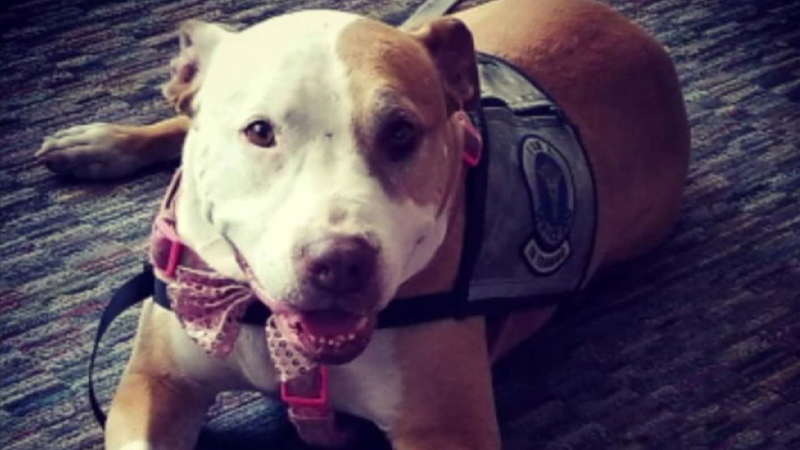 DOWNEY, Calif. (KABC) -- A veteran in Downey issued a plea to the public on Memorial Day in the hope of having his beloved service dog Marcee returned.

Apolonio Munoz has been without Marcee, who is still undergoing training, for two agonizing days. On Saturday night, he drove to an ampm store. Munoz left the vehicle running with the air on for the 10-year-old pup and went to get a soda.

"Not even in the store 5 minutes and come back out and she's gone," he said. "I miss her so much."

Someone stole his red Honda Civic coupe with Marcee inside. Munoz said he didn't bring her into the store because her service dog vests and tags were at home.

The Army veteran adopted Marcee two years ago. He said he was in denial about his PTSD for a long time after one deployment in Baghdad. But bringing Marcee into his life has been a tremendous help.

"There's days I just don't want to get out of bed to be quite honest. Since I've had her, she's like no, you need to get up and let me out. And when it's time to go to work, she's like, OK let's go."

Marcee is microchipped. Munoz is checking shelters and reported his dog and car stolen to Downey police. He said his Honda can be replaced, but Marcee has left big paw prints to fill.

"At this point, if someone just turns her in somewhere - no questions asked. I just want her home," he said.