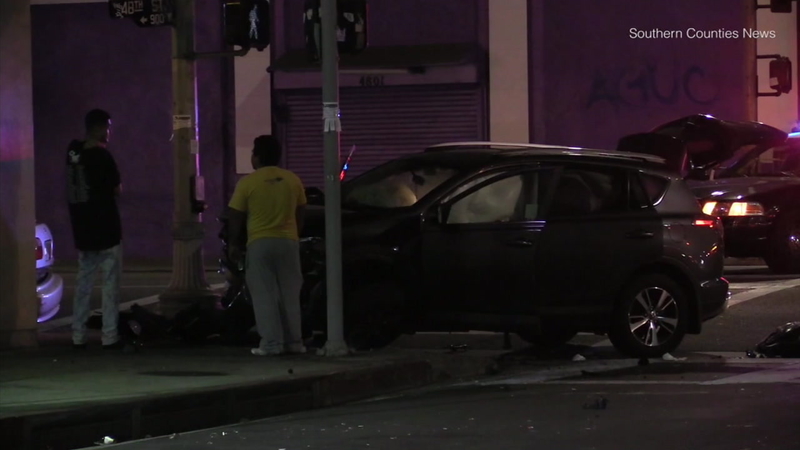 SOUTH LOS ANGELES (KABC) -- The driver of a stolen car collided with an innocent driver at the end of a police chase Wednesday morning in South Los Angeles, leaving at least two people injured, authorities said.

The collision happened shortly before 2 a.m. near the intersection of Vermont Avenue and 48th Street, according to the Los Angeles Police Department.

At the moment of impact, the stolen vehicle was traveling eastbound on 48th and the other car was heading southbound on Vermont, an LAPD spokesperson said. The two women in the latter vehicle were treated for injuries at the scene.

One of them, Blanca Mijangos, described the harrowing crash to reporters.

"We did not see how we were struck," Mijangos said in Spanish. "We kept spinning. I was scared and couldn't get out. There was a lot of smoke inside the car. I was very scared - but I'm OK."