Stonewall visitor center will be dedicated to LGBTQ history 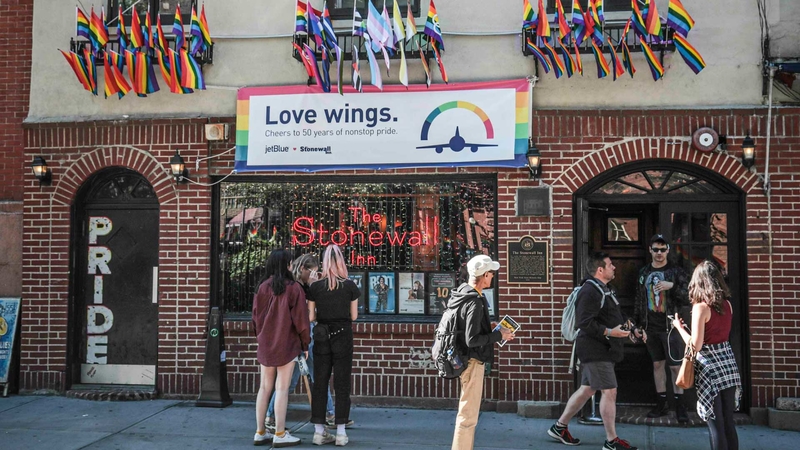 Visitor center at Stonewall to be dedicated to LGBTQIA history

NEW YORK CITY -- A visitor center dedicated to telling the story of the LGBTQ rights movement will open next door to the Stonewall Inn, according to an announcement Tuesday by the nonprofit that will manage the center in partnership with the National Park Service.

"The opening of the Stonewall National Monument Visitor Center is a remarkable moment in the history of Stonewall," Gothard said. "We honor all those who came before us, most especially the queer people fighting for equality at the Stonewall riots."

The Stonewall National Monument became the first U.S. national monument dedicated to LGBTQ history when it was dedicated in 2016 across the street from the Stonewall Inn, where patrons fought back against a police raid on June 28, 1969, and helped spark the contemporary LGBTQ rights movement.

The Stonewall rebellion is commemorated every year with Pride marches in cities across the U.S. and the world.

The 7.7-acre monument includes the park known Christopher Park, across from the Stonewall, but does not include the Stonewall itself, which is still a bar. The visitor center will be housed in the storefront adjoining the Stonewall, which was part of the bar in 1969.

Gothard said that when the national monument was created in 2016 "it became clear that a visitor center was needed."

The Stonewall visitor center will offer in-person and virtual tours, lectures and visual arts displays dedicated to the history of the LGBTQ rights movement, Gothard said.

Although it will be managed by Pride Live, the center will also serve as home base for National Park Service staff members.

"The visitor center and its exhibits will celebrate and acknowledge LGBTQ+ accomplishments and serve as a place where people can learn about and connect with the LGBTQ+ community's ongoing struggle for civil liberties," National Park Service Director Chuck Sams said in a prepared statement.

Corporations including Google and JPMorgan Chase are providing funding for the center.