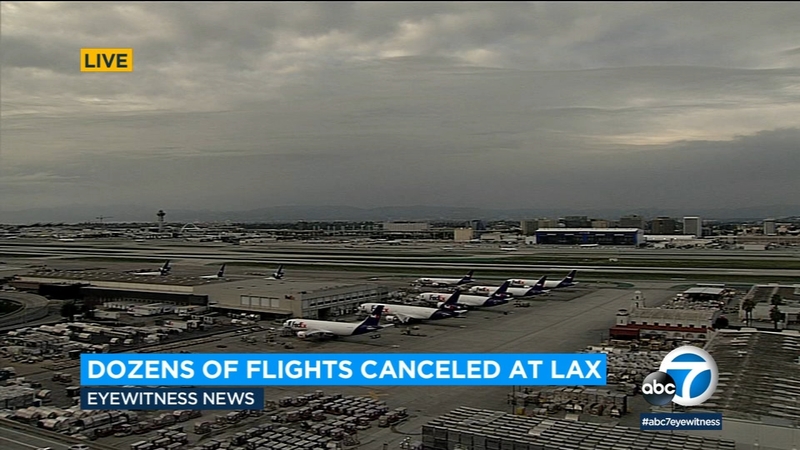 LOS ANGELES (KABC) -- Dozens of flights at Los Angeles International Airport were canceled or delayed Monday because of a dangerous winter storm pounding the East Coast.

More than 80 flights into and out of LAX have been delayed, and at least 35 have been canceled, most of them involving other airports in areas hit by the storm.

The storm is giving drivers a difficult time on icy roads in places like North Carolina.

Along with hazardous roads, power is out to tens of thousands of customers in the northeast. In Maine, 15-foot waves and strong winds caused some street flooding in Cape Elizabeth.

The storm has dropped a foot or more of snow in parts of New York, Ohio, and Pennsylvania.

Nationwide, more than 1,000 flights have been canceled.

For a look at the most recent flight delay and cancellation statistics at LAX, click here.