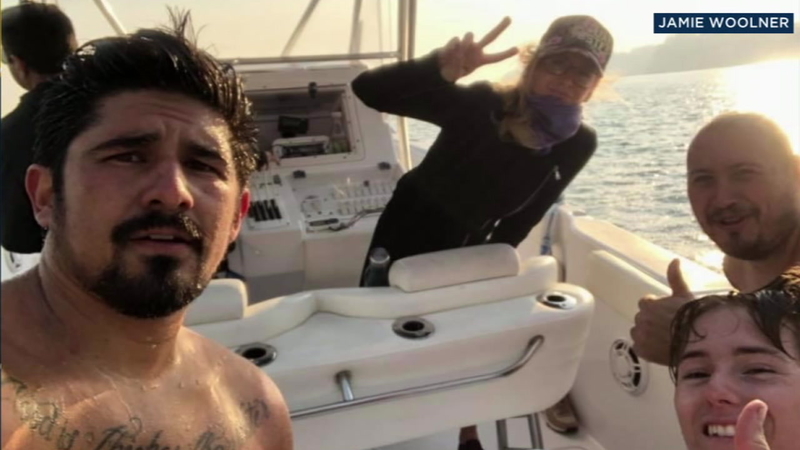 MALIBU, Calif. (KABC) -- On Friday morning, as the Woolsey Fire was raging, Pizza of Venice co-owner Jamie Woolner was worried sick about his grandparents.

The couple lives in Paradise Cove, and at the point the only way to get there was by boat.

"I found out from my mom that no one had been able to reach them since 10 a.m.," he said. "They didn't have electricity, they didn't have the news running to show that the flames had jumped over the Pacific Coast Highway."

Through social media, Woolner found complete strangers like Anthony Perez to help him. They helped Woolner get a yacht so he could swim to shore and reach his grandparents' beachside home.

Saved by the boat! @PizzaOfVenice owner Jamie Woolner rescued his grandparents from the #WoolseyFire last Friday thanks to help from strangers who gave him a lift to Paradise Cove on a yacht. The amazing story at 11pm! pic.twitter.com/GC1PvfWAxk

The couple had lived through fires before and weren't worried about the flames, but Woolner said they were quickly approaching.

As they were leaving, a brush fire broke out right next to a construction site stocked with barrels of diesel fuel. The team of strangers put out that fire before taking Woolner's grandparents to safety.

"Really happy that we put that fire out because that could've made a bad situation into, like, a Paradise-Cove-is-completely-burnt-down situation," said Woolner.