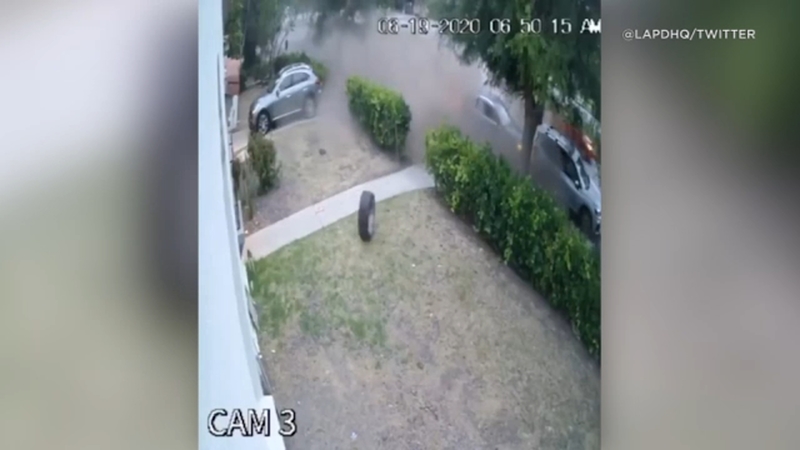 LOS ANGELES (KABC) -- A shocking reminder about the dangers of street racing was recently caught on a security camera in Los Angeles.

The video, posted on the Los Angeles Police Department's Twitter page shows a violent crash that occurred on June 19 at San Vicente Boulevard and Fairfax Avenue in the mid-Wilshire District.

On June 19 a horrific collision occurred in the area of San Vicente & Fairfax due to street racing.

One driver died at scene after being ejected from his car. The other driver fled—thorough investigative work by @LAPDWestTraffic led to his arrest.

Racing is not worth your life. pic.twitter.com/JicfLq0U6R

One driver was tossed out of the car and died. The other got away, but was later arrested.