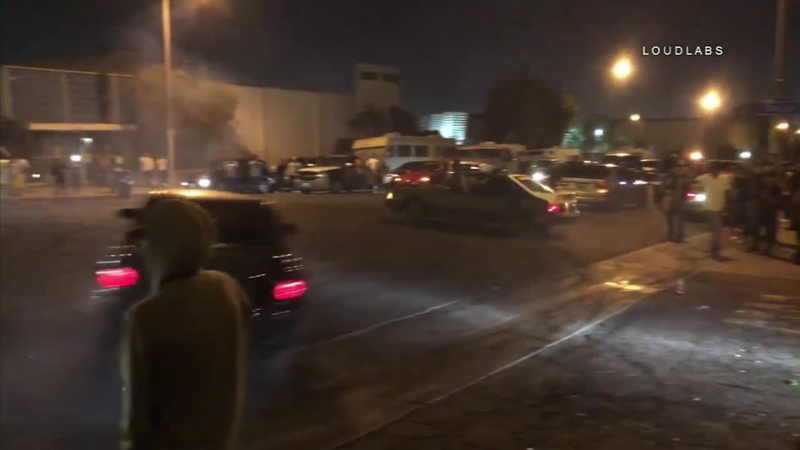 VAN NUYS, LOS ANGELES (KABC) -- Thick smoke, loud exhausts and a need for speed - it's what some call a "street takeover," but police call it illegal street racing.

Every traffic unit in the city is now armed with a special enforcement team.

"We target locations where street racers gather. We deploy in those areas heavily. We try to block down the streets. We set down spike strips. We do everything we can to try to contain them," Sgt. Greg Fuqua said.

It's an urgent issue for the department. They're still trying to find a driver involved in a Northridge crash that left four people dead in October. And it's not the only deadly crash in recent months.

"Like the Canoga Speedway incident, where they were racing and the vehicle lost control, went up on the sidewalk and ended up killing three pedestrians," Fuqua said.

The increase could be in part because of social media.

"They're trying to get the wow factor. They like taping themselves on Instagram and on YouTube and I think it encourages them to maybe engage in more dangerous activity," Fuqua said.

Just this year, authorities have arrested dozens of people and broken up several late-night takeovers.