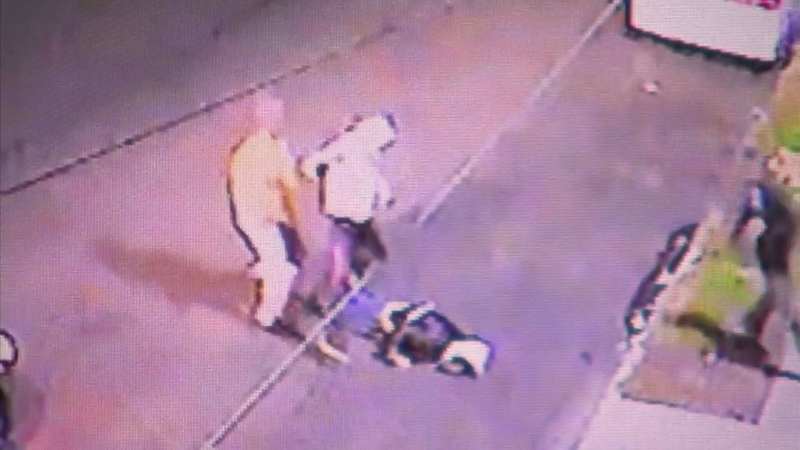 SOUTH LOS ANGELES (KABC) -- Friends and family of a street vendor asked for the public's help Wednesday to find six people who beat and robbed the man and two other vendors.

Fellow street vendors gathered at the South Los Angeles site of the attack that happened on March 18. They rallied to show support for 54-year-old Pedro Reyes.

Surveillance video captured the attack, where Reyes and two other vendors set up for the day. Reyes suffered serious injuries.

He ended up hospitalized in critical condition with severe injuries to his face.

The attack happened early in the morning. Authorities said four to five men and one woman got out of two vehicles and suddenly attacked. The vendors were beaten and robbed.

The L.A. Street Vendor Campaign is calling on the City Council to create a legal sidewalk vendors program for Los Angeles. They said the council's failure to do so and bring those vendors into the formal economy is putting them at risk for potential harassment and assault.

Campaign members said there have been numerous street vendors who've been robbed and it's time the city steps up to provide them protection and be part of the city's economy.