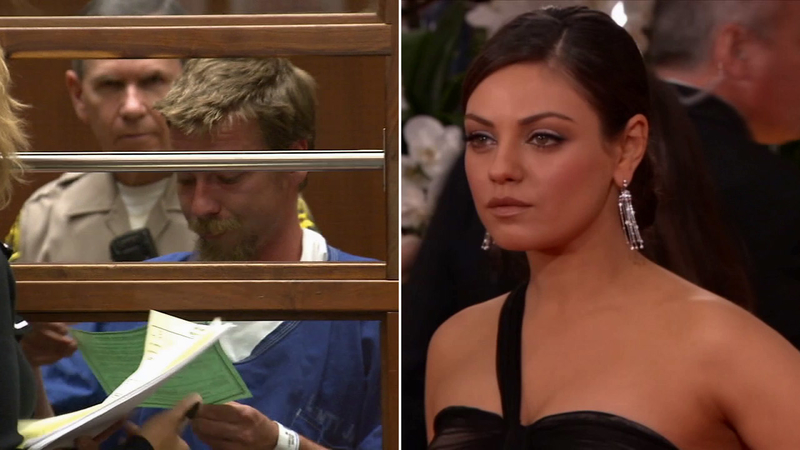 LOS ANGELES (KABC) -- A 30-year-old man who was sentenced for stalking actress Mila Kunis escaped from a secured facility in Pomona Saturday.

Stuart Lynn Dunn climbed out of a bathroom window at Olive Vista Behavioral Health Center between 7:30 p.m. and 7:45 p.m. Saturday, authorities said. Dunn was placed at the facility after being sentenced to six months of mental health treatment.

"We don't know to what degree his mental health state has deteriorated, which is why we're taking this very seriously," said Reaver Bingham, deputy chief for the Los Angeles County Probation Department.

In 2012, Dunn was accused of breaking into Kunis' West Hollywood condominium as well as showing up at her gym. He violated a restraining order she had against him, and in 2013 he pleaded no contest during a hearing.

He was sentenced to six months rehabilitation in 2013 and was ordered to stay away from her and her agents, managers and assistants for 10 years.

At the time, Kunis told the judge she feared for her safety.