Hundreds gather at vigil held for boy, 12, who died at Colton school 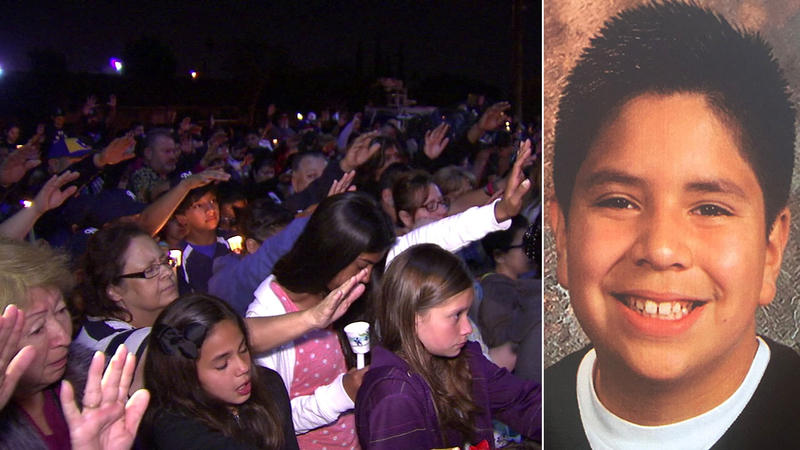 COLTON, Calif. (KABC) -- Hundreds of people gathered at Ulysses S. Grant Elementary School in Colton Wednesday night to pray with a family who lost a 12-year-old boy after he collapsed and died on the soccer field.

Dominick Gallegos was playing soccer at the school when he suddenly collapsed on the field Tuesday afternoon. The sixth-grader was taken to the hospital where he was pronounced dead.

"He was a healthy kid. He was fine. There was nothing wrong with his heart, nothing wrong. Maybe too big," his father, Joel Gallegos, said.

He added that he believes another student caused Gallegos' death based on what other students witnessed. Students said another kid stomped on Gallegos' chest after he had fallen on the field.

School officials said at this point the cause of death does not appear to be trauma related. An autopsy will be performed to determine Dominick's cause of death.

Classmates struggled to cope with the loss of their friend who was so young.

"He was the most amazing person in the world. He was funny. He would cheer me up every time I had a bad day. I just loved him," one of Gallegos' friends said.