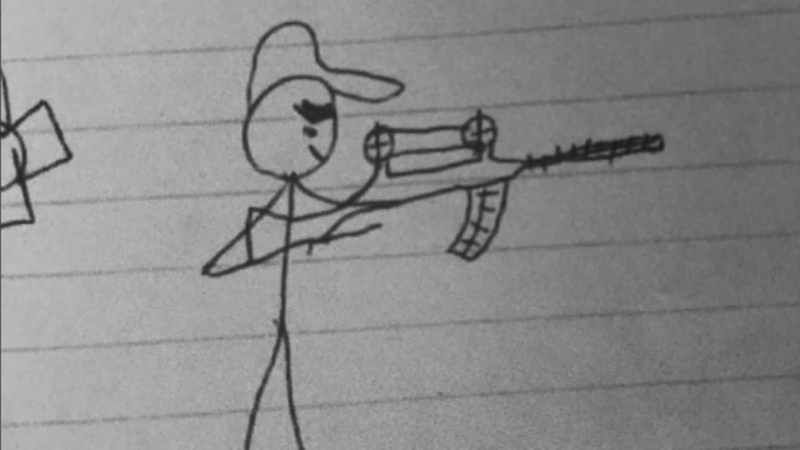 ROSEBORO, N.C. -- Should a student be penalized for scribbling a picture of a gun at school? That's a question being asked in North Carolina, where a seventh-grader was suspended for drawing a stick figure holding a rifle.

James Herring believes the school went too far. His 13-year-old son was suspended a couple weeks ago for two days from Roseboro Salemburg Middle School.

"I see him holding his gun. He's a deer hunter. I see him with a magician and I see him as a ninja turtle. Just expressing himself. Nothing violent," Herring said.

He believes the principal overreacted because of all the news about school shootings.

"When I see that, I see a normal 13-year-old boy. I drew pictures like this. It's nothing to get expelled from school from," Herring said.

"Due to everything happening in the nation, we're just being extra vigilant about all issues of safety," Superintendent Eric Bracy said.

Herring said his son made the drawings before the school shooting in Parkland.

Bracy said punishment for students for a variety of offenses are outlined in the student handbook.

"There are some things that list possible threats or things like that. We've got category one, two, three and four, which sort of grades potential incidents and the level of seriousness," Bracy said.

The student has returned to school after his suspension, and there has not been an incident as a result of it.