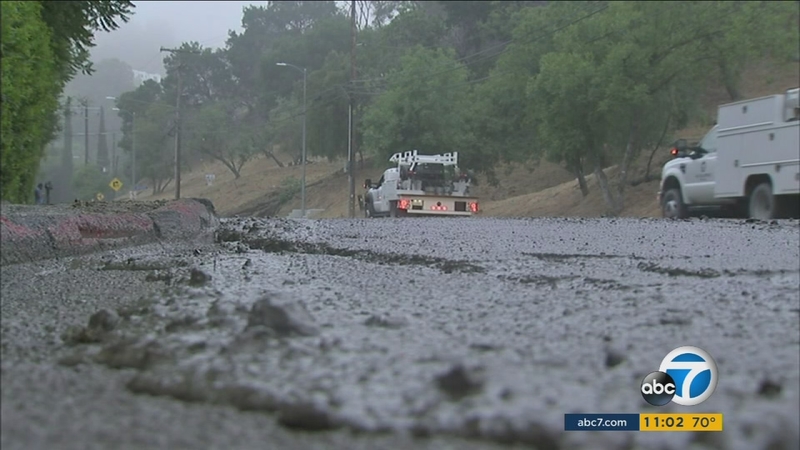 STUDIO CITY, Calif. (KABC) -- A driver sheared a hydrant in a single-car crash in Studio City, causing mud to flow downhill and shut down a two-mile stretch of a busy road Friday morning.

The crash happened around 2 a.m., the LAPD said. The sheared hydrant sent water onto the hillside, which caused mud to flow down the street.

Coldwater Canyon from Ventura Boulevard to Mulholland Drive was shut down until a little after 11 a.m. as crews cleared out the muck.

The closure sent commuters to alternative routes such as Laurel Canyon Boulevard, which is busy enough without the extra traffic. The Harvard Westlake Campus was right in the middle of the muddy mess, but students were able to get to class using other roads.