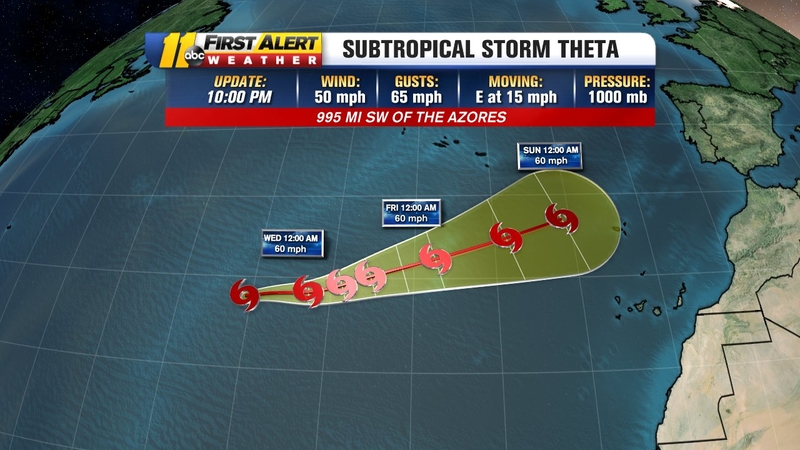 Subtropical Storm Theta formed in the northeast Atlantic Monday evening, breaking the record for most named storms in an Atlantic hurricane season.

According to the National Hurricane Center, Theta developed in the northeast Atlantic after 10 p.m.

The subtropical storm is moving east at 15 mph.

Theta currently has wind gusts up to 65 mph and is located 995 miles southwest of the Azores. The storm is not a threat to the United States.

A record breaking 29th named storm has formed in the Atlantic. Subtropical Storm Theta makes this the busiest hurricane season on record, in terms of the number of storms. We can stop now! #ABC11 pic.twitter.com/zh3QeyRUFD