Suicide Forest: Spectacular beauty with a frightening and dark secret 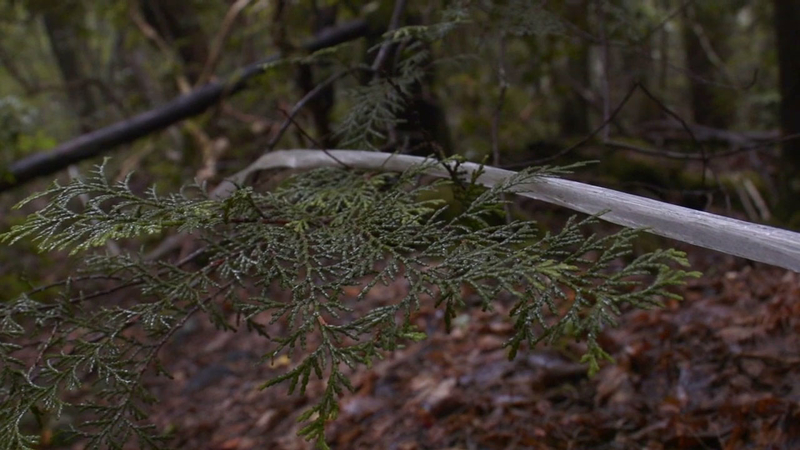 Suicide Forest: Spectacular beauty with a frightening and dark secret

AOKIGAHARA, Japan (KABC) -- A new movie called "The Forest" is bringing attention to a quiet and beautiful forest, but there's a reason government officials would rather you forget it exists.

Aokigahara sits at the base of Japan's iconic volcano Mount Fuji. Tree roots, instead of growing into a soft bed of soil, splay out like tentacles, unable to penetrate the volcanic rock.

While its beauty is breathtaking, it's held a terrible secret for generations in Japan.

Its official name may be Aokigahara, but most of the world knows it by another name: Suicide Forest.

"You look at Suicide Forest, it's more like a Grimm's Brother Fairy Tale. It's like the dark forest that you never want to go into," said Jeremy Bates, who wrote the book "Suicide Forest."

The trees have seen indescribable tragedy. In ancient times, overburdened families would come to the forest to leave their sick, elderly or even children.

Today, that deadly reputation has evolved into a place to give up. In recent years, thousands have taken their own lives in Aokigahara.

From seppuku to kamikaze, suicide is deeply embedded in Japanese culture. For centuries it was seen as an honorable way to accept failure or defeat.

Though suicide is no longer acceptable in today's society, extreme pressures from the workplace and the catastrophic tsunami in 2011 have driven many to the edge.

Officials try to stem the tide with signs that urge people to stay out of Aokigahara, but it's an effort that is enormously ineffective for a suicidal person.

Critics say the government falls short in helping the Japanese people deal with issues like depression and loneliness. As a result, Japan's suicide rate is double that of the U.S. and among the world's highest.

For thousands, the forest is seen as a place to find peace. Lava has formed deep crevasses that run throughout the forest and the natural land formations create hiding places for those who wish to disappear.

"And these places are all over the forest. There's no way the patrols can find them. So if you stumble down one, there's a chance that you might find something you don't want to find," Bates said.

For every suicide that takes place in the forest, there are many others who come to Aokigahara and have a change of heart. Those contemplating suicide bring a long stretch of ribbon with them and tie one end to a tree branch.

As they walk deep into the forest, if they change their mind, they can find their way out by following the ribbon. But if they choose to commit suicide, people can find the ribbon and eventually locate the body.

While the number of suicides in Aokigahara are frighteningly astronomical, it's widely believed there's one place in the world where more people try to commit suicide: The Golden Gate Bridge in San Francisco.