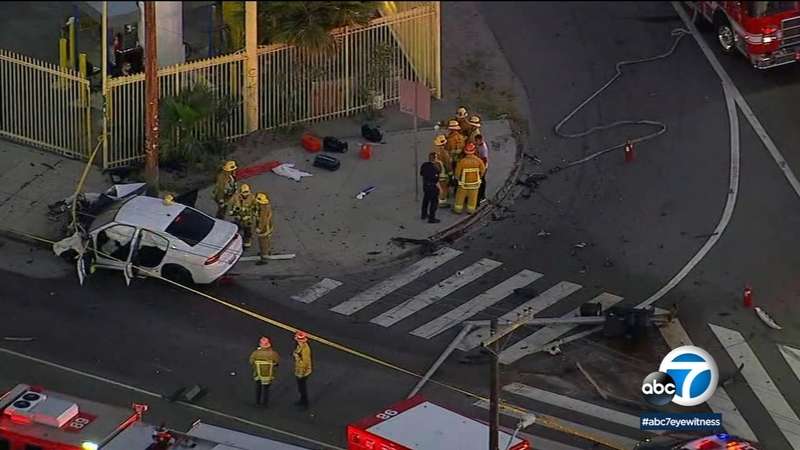 SUN VALLEY, LOS ANGELES (KABC) -- A 25-year old woman is facing murder charges in connection with a deadly crash in Sun Valley that police say involved street racing, one of several recent cases of crashes that investigators say involve cars racing each other on public streets.

Los Angeles police says so far this year, four deaths are believed to be the result of street racing.

Police are now trying to send a message to young people -- and their parents -- about the heartbreaking consequences.

"Parents that are out there, if they can try to educate their kids. If they're allowing their kids to take their vehicles -- a lot these vehicles are high-performance vehicles -- maybe they can relay a message to them about the dangers involved in street racing. Because it's just tragic seeing all of these fatalities occur," said LAPD Sgt. Gregory Fuqua.

Police say there are many places where people can race legally and it's not worth putting lives in jeopardy by using public streets.

The Sun Valley crash occurred shortly before 7:30 p.m. Friday at the intersection of Lankershim Boulevard and San Fernando Road, when the driver of a Toyota Corolla was making a left turn and a Dodge Charger smashed it, police said.

The wrecked cars were seen on opposite sides of the road and prompted a response from several fire trucks as firefighters treated patients at the scene.

A couple was killed. Three people, two females and one male, from the Dodge Charger were taken to the hospital.

Police believe street racing was the cause of a two-car crash that killed two people and injured three in Sun Valley Friday evening.