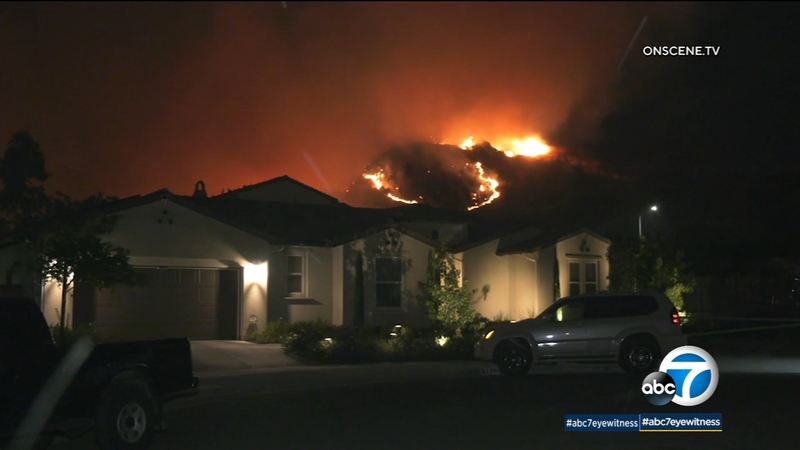 SUNLAND, LOS ANGELES (KABC) -- Firefighters on Saturday morning were contending with two separate brush fire in the Sunland area, one of which erupted amid scorching temperatures the previous afternoon and resulted in an arrest.

The so-called Tujunga Fire broke out around 1 p.m. Friday. Fire officials said the flames were initially burning at a moderate speed in 10 mph winds near Oro Vista and Big Tujunga Canyon roads.

The fire was moving against the terrain after burning 10 acres, "meaning the terrain features are slowing the fire progress," according to an LAFD statement. "However, a shift in the wind could create conditions for faster fire spread."

Fire crews were actively trying to protect homes that were threatened along Rhodesia Avenue. By Saturday morning, the blaze had spread to 20 acres.
EMBED More News Videos

The Los Angeles Fire Department said a man was detained for questioning and subsequently arrested in connection with the fire. The man's identity and the specific charge or charges he was facing were not immediately disclosed.

Meanwhile, a new and separate fire ignited nearby and burned as many as 10 acres, according to fire officials. Arson investigators were at the scene.

No injuries were reported in either incident.