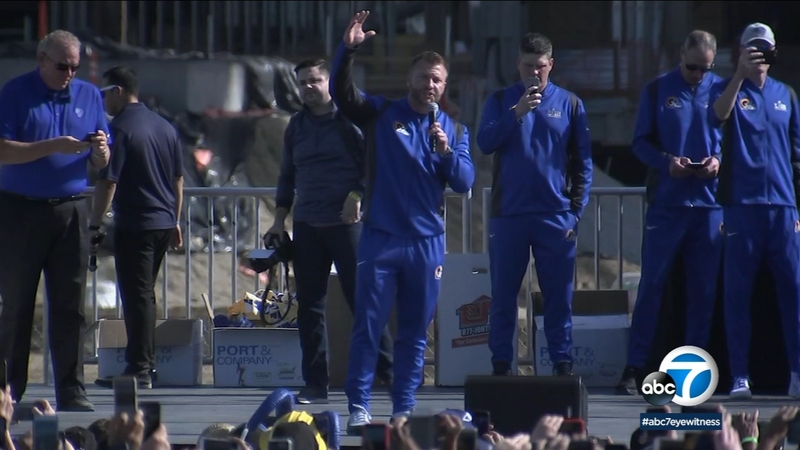 LOS ANGELES (KABC) -- Thousands of Rams fans attended a send-off rally Sunday morning at the team's under-construction stadium site in Inglewood, one week before the Rams take on the Patriots in Super Bowl LIII.

Head coach Sean McVay and the Rams players, clad in blue warm-up gear, were cheered as they took the stage at L.A. Stadium & Entertainment District at Hollywood Park.

They were preceded by Inglewood Mayor James T. Butts and actor Danny Trejo, who reminisced about sneaking into L.A. Rams games as a boy in the 1950s.

The new Inglewood venue is scheduled to serve as the Rams' and Chargers' home field in 2020.

After the Rams departed the event in the team's bus caravan, they boarded a flight to Atlanta for the final days of Super Bowl preparation.