KABC
By ABC7.com staff
LOS ANGELES COUNTY (KABC) -- Los Angeles County's top public health official says the county is hoping to relax some of the region's coronavirus restrictions by the middle of next month.

At a Tuesday press conference, county public health director Dr. Barbara Ferrer said that could happen around mid-May, which coincides with the initial expiration date for the county "safer-at-order," in effect through at least May 15.

It's unclear to what degree the order would be scaled back or if it would expire completely around that time, allowing for businesses and schools to reopen.

The announcement comes as Ferrer announced a "tragic milestone" of 1,000 coronavirus deaths across L.A. County.

The county Board of Supervisors on Tuesday unanimously approved a motion that directs various municipal departments to develop an action plan outlining measures that would be needed to relax the order. A report of the plans is expected to be presented back to the Board in a week.

"We are all eager to return to some sense of normalcy, but to do so, we must have an action plan that outlines how we move toward our goal," said Supervisor Kathryn Barger, who introduced the motion.

Last week Barger unveiled a four-point plan whose prerequisites she said would have to be achieved before the easing of restrictions could begin.

During an earlier press conference, Gov. Gavin Newsom said the next academic year could start as early as the end of July or beginning of August, through there will likely be some modifications.

State officials also outlined a four-phase approach to the eventual restart of the state's economy, when conditions allow.

California students could return to their classrooms as early as July, though there likely will be modifications, Gov. Gavin Newsom announced Tuesday. 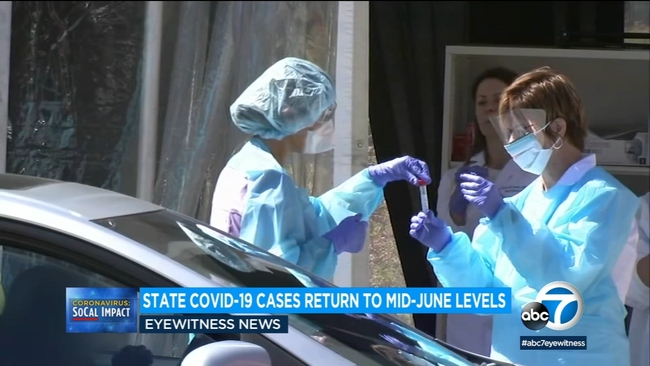