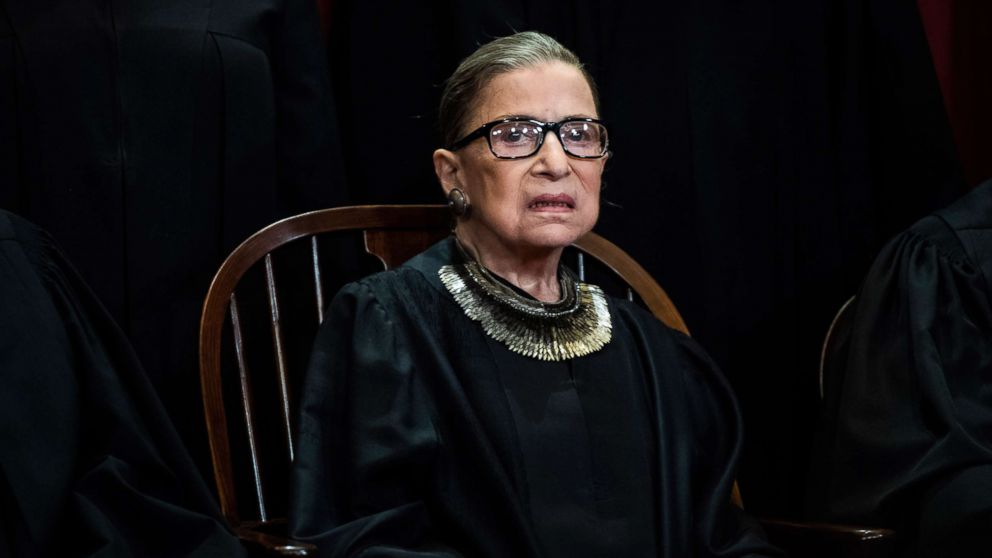 "The tumor was treated definitively and there is no evidence of disease elsewhere in the body," spokesperson Kathy Arberg said.

The news, coming during the court's summer recess, is the second cancer scare for Ginsburg in the last year. In December 2018, doctors removed part of her lung after discovering cancerous nodules. Recovery from the surgery caused Ginsburg to miss public court sessions for the first time in her 25 years on the bench.

"When they say 'localized,' it means cancer has not spread outside the pancreas. That in itself is usually a good sign," said ABC News medical contributor Dr. Nithin Paul on "The Briefing Room" on ABC News Live. "When it's a localized cancer, the American Cancer Society says there's about a 34% chance of surviving to at least 5 years - but that's a broad number based on studies from a few years ago. So, the actual number will vary based on the person's health status, response to treatments and other factors."

Ten years ago, in March 2009, Ginsburg was treated for pancreatic cancer. She also underwent surgery for colon cancer in 1999.

"She's vigilant about monitoring her health. She gets a lot of regular check-ups. So, that's led to the very early detection each time she has had a brush with cancer," noted ABC News court analyst and former clerk Kate Shaw.

The liberal justice, who has become a pop culture icon dubbed "the Notorious RBG" and a hero for young activists, dismissed concerns over her health in an interview with NPR in July, saying she is "very much alive."

"There was a senator, I think it was after my pancreatic cancer, who announced with great glee that I was going to be dead within six months," Ginsburg said. "That senator, whose name I have forgotten, is now himself dead, and I am very much alive."

In an appearance at Duke University around the same time, Ginsburg said she intends to continue serving on the court "as long as I can do it full steam."

"At my age -- 86 -- you have to take it year by year," she said. "I was okay this last term and I expect to be okay next term. And then after that, we'll have to see." The court will convene in September to consider petitions and begin hearing oral arguments in October.

Progressives had been particularly concerned over Ginsburg's health in recent years, fearing that if she can no longer serve or retires, this would give President Donald Trump the opportunity to nominate another conservative justice. The president wished Ginsburg well late Friday ahead of his visit to France for the G-7.

"Well, I hope she does really well and our thoughts and prayers are with her," Trump said. "It's a very serious situation. I'm hoping she's going be fine. She's pulled through a lot. She's strong. Very tough. But we wish her well, very well."

During his presidency, Trump has already appointed two justices to the court -- Neil Gorsuch and Brett Kavanaugh.

"She has totally kept up by all accounts," said Shaw. "It even sounds as though during the course of treatment she went to Broadway shows, she went shopping -- at the moment it does not seem to be slowing her down at all."

The new tumor on her pancreas was detected after a routine blood test in early July and a biopsy on July 31 confirmed it was malignant, the court said.

A three-week course of radiation treatment at Sloan Kettering Cancer Center in New York City ended Friday. "The tumor was treated definitively" and, according to the court spokesperson, "no further treatment is needed at this time."

The treatment caused her to cancel her annual summer visit to Santa Fe, New Mexico, the court said, but she had otherwise maintained "an active schedule."