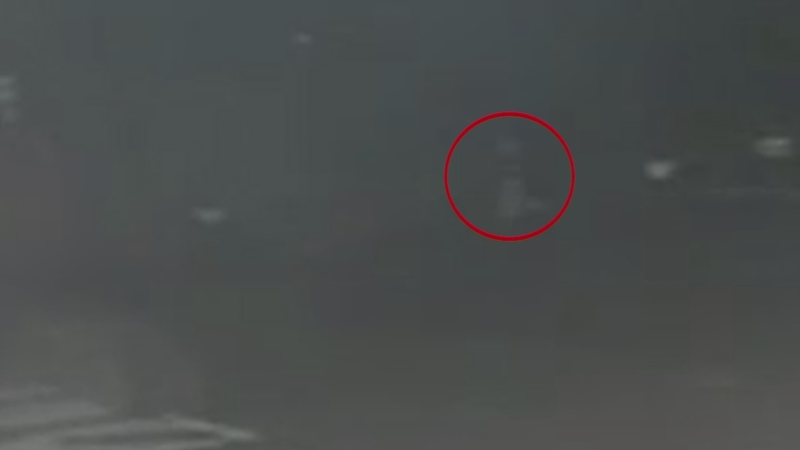 On Tuesday, the Shasta County Sheriff's Department released more information and surveillance video from the case.

"On November 24, 2016, at 4:22 a.m. Yolo County law enforcement received a 911 call regarding a female identifying herself as Sherri Papini having been located on the northbound on-ramp to Interstate 5 in Yolo CA. During a canvas of the area on that day, detectives located video surveillance of Sherri Papini walking in the area of a nearby Jehovah's Witness church located at 13980 County Road 99W, Woodland, CA. Upon review of the video surveillance, only one camera located on the south side of the building captured Sherri Papini walking in the area of the Highway 99W and the Interstate 5 northbound interchange. Sherri Papini can be seen running to the church north on Highway 99W and then south on Highway 99W until she goes out of view, heading toward the Interstate 5 northbound on-ramp."

Just last month, investigators released the 911 call that Sherri's husband Keith placed when he first discovered she was missing. It was also revealed that investigators found the DNA of two other people on Papini when she was discovered partially clothed and shackled along Interstate 5 north of Sacramento. Papini told investigators two women had captured her, she told Police one spoke Spanish and had long curly hair, pierced ears, and thin eyebrows. She said the second captor was older, with thick eyebrows and straight black hair with some gray.

As for the DNA found on Papini, investigators say samples belonged to a woman and a man - but the DNA did not belong to Papini or her husband. Authorities also revealed the existence of a male acquaintance from Michigan that Papini had been texting and planned to meet when he was in California. The FBI said the man was not involved in the kidnapping.
Report a correction or typo
Related topics:
northern californiakidnappingu.s. & worldsherri papinisurveillance video
Copyright © 2021 KFSN-TV. All Rights Reserved.
TOP STORIES
1 person wounded in Beverly Hills shooting
Dodgers beat Atlanta, narrow NLCS gap to 2-1
LA City Council to consider suspending Ridley-Thomas
As NBA season opens, Staples enforcing strict COVID protocols
Man tried to get Hemet officer's gun during rough arrest: police
SF In-N-Out shut down after defying COVID vaccine mandate
Curry, Warriors stun James, Lakers 121-114 in opener
Show More
Ex-Olympic boxing champ pleads no contest for molesting 2 girls
All counties in California now under drought emergency declaration
Mobile home residents fed up with Dominguez Channel smell
2 men dead after fire at Canoga Park marijuana grow operation
LGBTQ+ pioneers among those featured at ONE Archives at USC
More TOP STORIES News