KABC
By ABC7.com staff
ANAHEIM, Calif. (KABC) -- Anaheim police released surveillance video that shows two men dumping a body in connection to the murder of a man who had possible ties to the Mexican mafia.

The footage shows two suspects get out of a light colored Chevrolet SUV, and then leave the body by a dumpster in the 1600 block of S. Sinclair Street.

Mendez's body was discovered on Jan. 16. The newly released surveillance footage was taken on Jan. 15.

Mendez's family told police he had ties to the infamous Mexican mafia prison gang. Investigators are exploring the possibility of Mendez's gang affiliation being a contributing factor in his murder.

If you have any information about this case, you're urged to contact Crime Stoppers at 855-TIP-OCCS. A reward of up to $1,000 is being offered for information leading to the arrest and conviction of the suspects.
Report a correction or typo
Related topics:
anaheimorange countymurderanaheim police departmenthomicideman killedbody foundsurveillance video
Copyright © 2020 KABC-TV. All Rights Reserved.
RELATED 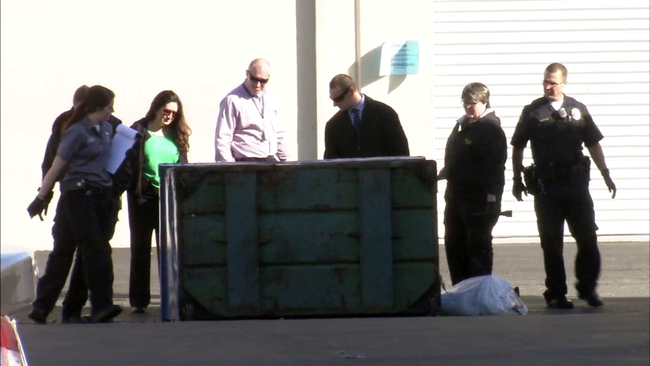